Curiosity’s secret announcement – what could it be?

A few days ago, the Curiosity rover staff made an announcement that sent echoes throughout the entire scientific community – and not only. They announced that they have made a discovery ‘for the history books’, one that is so spectacular they want to quadruple check before they publish it, just to make sure it’s not some sort of error. Since then however, NASA has been quite silent about the matter. 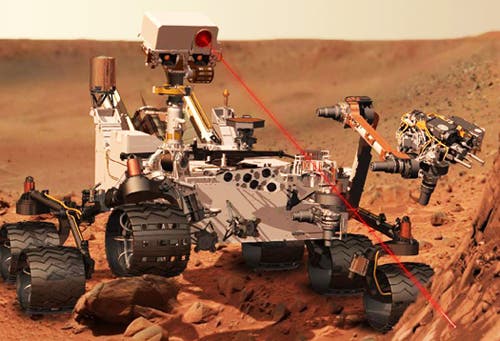 “This data is gonna be one for the history books. It’s looking really good,” said John Grotzinger, in a segment published on Nov. 20.

The mystery will be revealed pretty soon, however – Grotzinger explained that NASA will publish the findings during the 2012 American Geophysical Union meeting in San Francisco from Dec. 3 to 7.

“If it’s going in the history books, organic material is what I expect,” says planetary scientist Peter Smith from the University of Arizona’s Lunar and Planetary Laboratory. Smith is formerly the principal investigator on a previous Mars mission, the Phoenix lander, which touched down at the Martian North Pole in 2008. “It may be just a hint, but even a hint would be exciting.”

Organic material, in chemistry, is a rather misleading name which just means molecules in which Carbon is attached to Hydrogen; they are essential for life, but can also be found in other environments as well.

“Organic compounds are ubiquitous in space: they are found in diffuse clouds, in the envelopes of evolved stars, in dense star-forming regions, in protoplanetary disks, in comets, on the surfaces of minor planets, and in meteorites and interplanetary dust particles.”, explained astrochemist Ewine F van Dishoeck, Leiden University in a published paper. 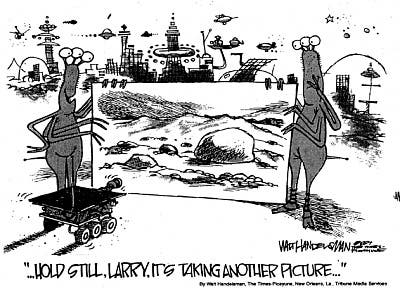 So the smart money is on organic molecules; where’s the crazy money? Well, we shouldn’t go too far speculating with this, according to researchers.

“When you keep things secret, people start thinking all kinds of crazy things,” he said.

Either way, we’ll keep you posted when the discoveries are made public.