The Curiosity rover is spending Thanksgiving on Mars, but its plans don’t involve eating turkey or watching football. The rover will spend the day scouting for possible sites to begin its first time drilling. 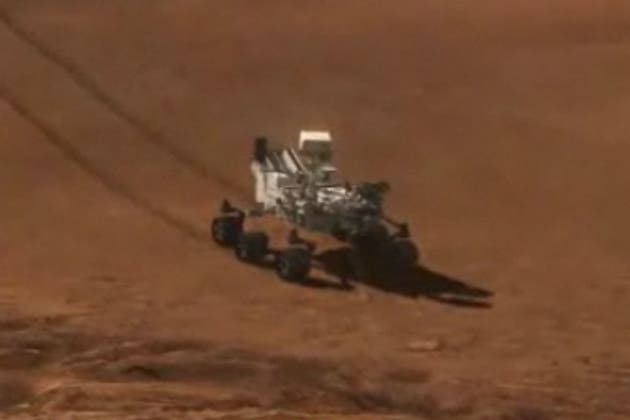 “Thanksgiving isn’t so different on Mars. I had a long drive & plan to take photos. No pie, though,” the Curiosity team said via the rover’s official Twitter feed, @MarsCuriosity.

Curiosity’s ultimate mission is to establish if there is, or was, at any time, life on Mars. In order to get a picture that’s as good as possible, you can’t just go skin deep, and while analyzing surface rocks does provide extremely valuable information, researchers are expecting drilling to do even more. Curiosity’s drill can bore 1 inch (2.5 centimeters) into rock, which may not seem like much, but it’s more than any other rover can do.

“We have done touches before, and we’ve done goes before, but this is our first ‘touch-and-go’ on the same day,” Curiosity mission manager Michael Watkins, of NASA’s Jet Propulsion Laboratory in Pasadena, Calif., said in a statement. “It is a good sign that the rover team is getting comfortable with more complex operational planning, which will serve us well in the weeks ahead.”

But while Curiosity won’t be having any turkey today, the 3 astronauts onboard the ISS definitely will. The crewmembers of the International Space Station’s Expedition 34 mission have the day off.