"I am sorry that there are people who are in power … notably, of course, [in] the United States but also in Australia [who are climate change deniers], which is extraordinary because Australia is already facing having to deal with some of the most extreme manifestations of climate change."

by Mihai Andrei
in News, Science
Reading Time: 4 mins read
A A
Share on FacebookShare on TwitterSubmit to Reddit

As he appeared in front of a committee of the British Parliament, the famous naturalist said we are “we are right now in the beginning of a big change,” adding that one day, climate change denial might be view through the same lens as slavery.

“There was a time in the 19th century when it was perfectly acceptable for civilised human beings to think it was morally acceptable to actually own another human being as a slave,” Attenborough commented. “And somehow or other in the space of I suppose 20 or 30 years the public perception of that totally transformed. By the middle of the 19th century it was becoming intolerable.” 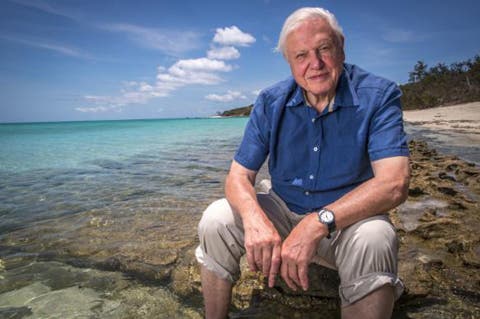 Few people in science communication command as much respect as David Attenborough. Attenborough is widely considered a national treasure in Britain, although he himself does not like the term. People, in Britain and above, listen to him. Just last year, Queen Elizabeth banned plastic straws and bottles on the royal estates after seeing a David Attenborough documentary, and just months after that, a national ban on plastic straws was implemented in the UK. I’m not saying it’s only owed to him, but the attention and respect that he commands is simply unparalleled. Attenborough is also not afraid to use his voice, as was the case when he recently appeared in front of the business, energy and industrial strategy committee on how to tackle the climate emergency.

“I am sorry that there are people who are in power … notably, of course, [in] the United States but also in Australia [who are climate change deniers], which is extraordinary because Australia is already facing having to deal with some of the most extreme manifestations of climate change.”

Attenborough is right. In the past century, Australia has experienced an increase of nearly 1 °C in average annual temperatures, with several areas experiencing substantially reduced rainfall and a higher likelihood of extreme weather events such as drought or wildfires. Attenborough recalls being in a state of shock when he dived to see the Great Barrier Reef 10 years ago, only to find a ghost — a shadow of the reef’s former self.

“I will never forget diving on the reef about 10 years ago and suddenly seeing that instead of this multitude of wonderful forms and life that it was stark white. It had bleached white because of the rising temperatures and the increasing acidity of the sea,” he said.

He emphatically spoke against climate change denial, but also said that the world shouldn’t stifle debate — it’s just that the debate shouldn’t focus on topics which are scientifically settled.

“It’s very, very important that voices of dissent should have a place where they’re heard and the arguments between the two sides can be worked out in public, and compared and analysed in public,” he said.

But there is also good news, Attenborough says. He praised the recent UK commitment to achieve zero net emissions by 2050, noting that it is a “tough target” which will “cost money”. But Attenborough sees the best reasons for optimism in the younger generations.

“The idealism of youth is something that should be treasured and respected,” he said.

He says that the younger generations are growing up with a new set of ideals and morals, despising pollution and greenhouse gas emissions the way we now despise slavery.

It’s an intriguing comparison. The similarities are there: it’s largely caused by the affluent parts of the world, and the less affluent are the ones who will suffer the most. The ethical resemblance is also there, and like slavery, climate change is already starting to cause social unrest.

It remains to be seen whether Attenborough speech resonates with the British parliament and politicians from other places of the world. We are indeed at a point where climate change denial is simply unacceptable. We are living in a climate emergency which affects each and every one of us — whether we like it or not.