by Mihai Andrei
in Climate, Geology
A A

A paleoclimate study has shown that a huge mass of warm water stretched out from Indonesia over to Africa and South America four million years ago had a huge impact on tropical changes, suggesting that current climate models are a too conservative. 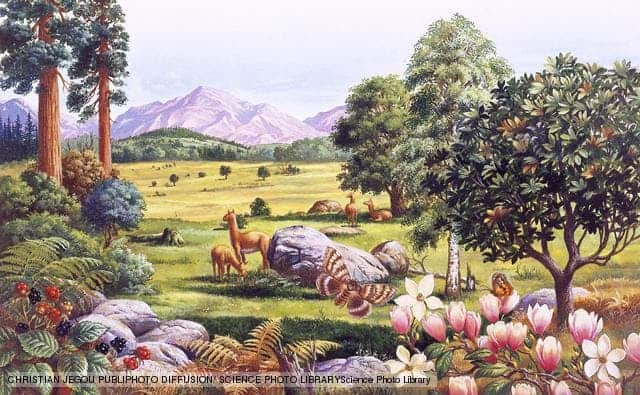 The Pliocene era started 5.332 million years ago and lasted until 2.588 million years. The climate was warmer but much steadier than today, with more CO2 in the atmosphere. For this reason, climatologists are extremely interested in studying it, to understand how the Earth reacts in conditions that will probably be met again in a few decades.

During this period, a giant mass of water dramatically modified the rainfall in the tropics, possibly even entirely removing the monsoon. Some believe that this decay and the consequential drying of west Africa contributed a lot to the rise of Homo Sapiens. New data regarding this mass was published in Nature today, providing new insight on current climate models.

When applying existing climate models to surface temperature records spanning the past five million years, the international team that conducted the study found that nothing fitted; no current model could explain the field results.

“Essentially, we’ve looked at a warm world in the past and it shows changes in the pattern of tropical sea surface temperatures. We’ve analysed all the existing theories to explain this vast pool of ancient warm water, and even in combination they can’t explain something as odd as this,” said Dr Chris Brierley (UCL Geography), a co-author of the paper.

There are three critical conditions that define the climate during the Pliocene:

– Evidence of the maximum ocean temperature not being much warmer;
– Reduced east-west temperate differences; and
– Weaker north-south differences in the tropics.

Any climate model, in order to be successful, has to satisfy these conditions.

“An important question is how much the evidence of climate evolution over the last five million years shapes our assessment of future change. From these observations, it is clear that the climate system is capable of remarkable transformations even with small changes in external parameters such as carbon dioxide,” said Dr Brierley.

The thing is, the impact of the warmer climate (especially the warm water) was so severe, that pretty much every actual model used suffered from underestimating.

“In many ways, this work on past climates is part of understanding the uncertainty of future climate. It can give us a heads-up of potential climates that we hadn’t imagined possible before.” added Dr Brierley.