What made the strange web towers in Amazon

by Mihai Andrei
in Animals, Biology
A A

A while ago, we were telling you about the mysterious “fenced” white cocoons – of which researchers knew nothing about. The strange structures were photographed by graduate student Troy Alexander in the Peruvian Amazon. Now, we finally know what built them.

Finding such a peculiar and unknown structure quickly went viral on the internet and it raised numerous questions – first of all, what built it? A spider, a fungus… aliens – the theories were many, and also included slime molds or lace wings – some even thought it was a hoax? As it turns out, the simpler answer was the correct one, and now, scientists can say for sure that white cocoon and fence were built by a spider. Photographer Jeff Cremer and entomologist Phil Torres tell us how they found out who the little architect was.

“The most challenging part of the search was that we had so little to go on- should we be eyeing every spider we see suspiciously, or was something flying around and creating these?” said Torres.

So instead of looking for the culprit in the jungle, they simply stalked a structure to see what hatches. Fast forward to their very last day of their excursion, and voila! Two of the structures hatched out one spiderling each, and the next day a third did the same.

It’s still not clear exactly what species these spiders are, as gathering permits have not been given out so far, but it’s quite possible that this is an entirely new species to science. 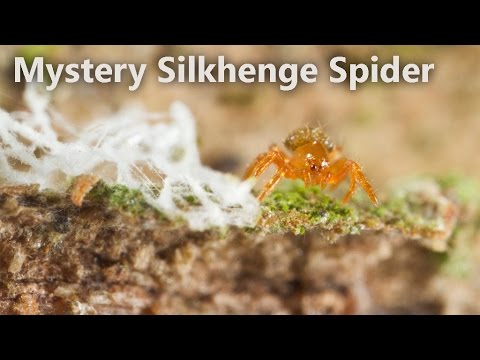