A first analysis of the ice that froze onto the drillbit used to drill in the pristine Vostok lake shows no native microbes came with the ice. 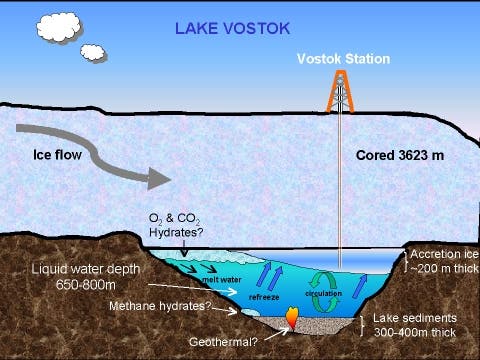 A while ago, researchers understood that precious insight on alien life could be found right here on Earth – in Russia, to be more precise. But Antarctica’s is a continent after all, so let’s get’s get even more specific: Lake Vostok is perhaps the only truly isolated ecosystem on Earth; it is covered by a sheet of ice which can be tracked down to over 400.000 years, but the water itself was probably isolated for 15 to 25 million years.

Russians have been trying to dig into the lake for decades now, but after enormous efforts, the ice was finally melted and the first drills were able to penetrate the Vostok ice. A big problem was contamination; the lake is pristine, untouched by any type of earthly influence, and it’s practically impossible to drill into it without contaminating it – but Russians took the chance. 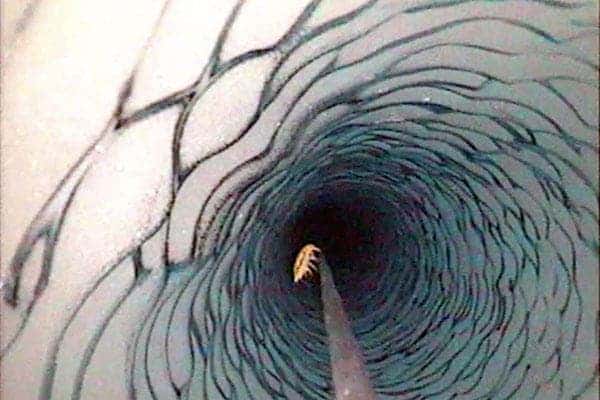 The first extracted samples show that the top layer of the lake is absolutely lifeless. Sergey Bulat of Petersburg Nuclear Physics Institute (Russia) explain that these results are only preliminary, and even if the top is indeed lifeless, that doesn’t mean the rest of the lake is too, but this comes as a slight disappointment after all the years of hard work.

Bulat and his colleagues counted the microbes present in the ice sample and checked their genetic makeup to figure out the phylotypes. They counted fewer than 10 microbes/ml – which is about as much as you’d expect in a clean room. Also, 3 of the 4 microbe types were already identified as contaminants from the drilling oil, the 4th being most likely used in the lubricant.

There won’t be another drilling expedition until May, so scientists will have to wait until next year to see if the deeper parts of the lake are just as ‘dry’. There’s good reason to hope for more though, as at the bottom of the lake there lie several hot springs which maintain a high temperature and also pump nutrients into the lake.

UPDATE: A team of researchers from the US have drilled through hundreds of meters of Antarctic ice and found evidence of life in a subglacial lake, isolated from the outside world for maybe millions of years. If life could survive there, isolated and thus presumably devoid of oxygen and nutrients, then microbial life might just as well survive in similar environments outside Earth – like our own icy moon of Europa.