by Mara Bujor
in Animals, Biology
Reading Time: 2 mins read
A A
Share on FacebookShare on TwitterSubmit to Reddit 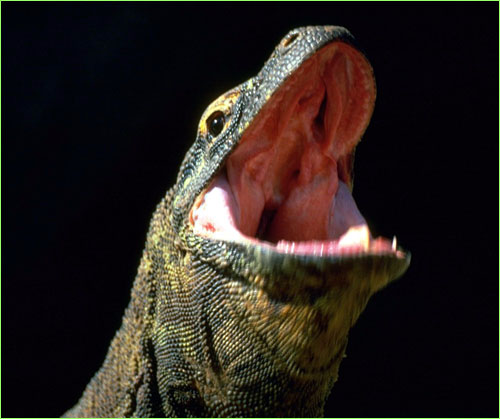 The Komodo dragon is definitely one of the most impressive and dangerous creatures to roam the Earth. Reaching 3 metres and more than 70 kilos and delivering one of the most fatal bites in the reptilian world, it’s no wonder that it inspired so many legends and fears. However, it does not all end here: it seems that this modern dragon is also among the few species of lizards that are venomous.

Until recently scientists had all kinds of assumptions related to the way the dragon kills its prey as it releases it after the bite. Did they let the prey die because of the severe bleeding or did the bacteria in their saliva finish the job?

Komodo dragons feed on large mammals such as wild boars, deers or goats and they spend hours motionless waiting for the prey to show up. The attack is surprising as the huge lizard ambushes it with its jaws open, which must be an image worse than any nightmare.

The mystery of its killing methods remained until magnetic resonance imaging scans revealed the fact that the bite, which is clearly weaker than the one of a crocodile for example, hid a dirty secret: venom glands. 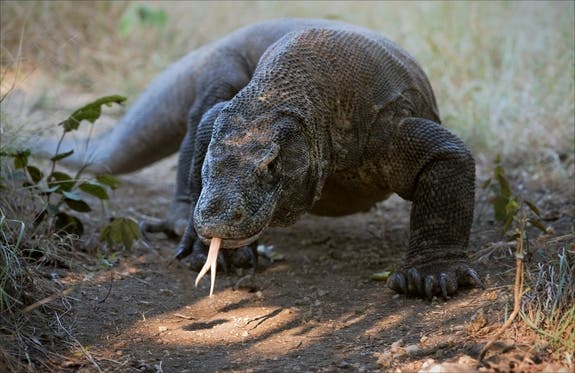 After this discovery, the glands of a terminally-ill dragon from a zoo were removed for further study. It seems that the poison is similar to the one found in Gila monsters or snakes. The effect is sudden and devastating: it causes a sudden drop in blood pressure which sends the prey into shock. Moreover, it stops the blood from clotting, thus making the animal bleed to death.

The discovery suggests that other lizards may as well hide a trick like this; util recently only the Gila monster and the Mexican beaded lizard, both living in southern US states and Mexico were known to possess venomous glands.