by Tibi Puiu
in Biology, News
Reading Time: 2 mins read
A A
Share on FacebookShare on TwitterSubmit to Reddit

When I was a kid, I asked, like many others, how do bees know how to make their way back to the hive – and I was told they use the Sun for guidance. But I was lied! A new study has now finally solved my childhoold dilemma: while they do use the Sun as a compass, bees also make some mind maps which help them return home. 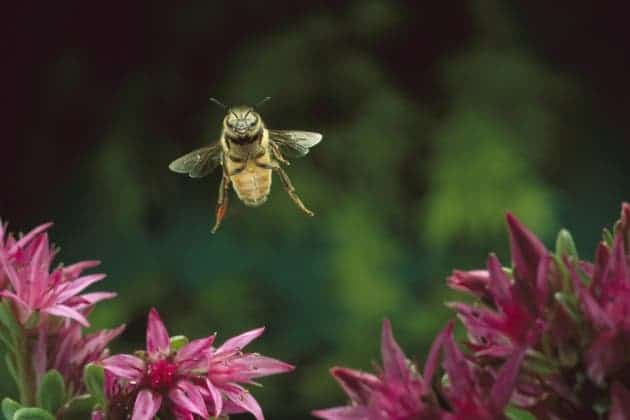 Generally speaking, bees, like birds and butterflies use the sun as a compass, while mammals (including humans) tend to find their way by remembering familiar landmarks on a continuous mental map. However, a new study has shown that despite very limited brain size, bees also use this kind of mind map.

“The surprise comes for many people that such a tiny little brain is able to form such a rich memory described as a cognitive map,” says co-author Randolf Menzel, a neurobiologist at the Free University of Berlin.

The study, which was published today, shows that bees can find their way home even in the absence of the Sun, using mind maps.

Mammals do this every day – including us. No matter where you are in a city, you can generally point towards your home, or towards a landmark in your city.

“They can point to their home generally even though they can’t see it, even along a path through a wall that they haven’t travelled,” explains Fred Dyer, a behavioural biologist at Michigan State University in East Lansing, who was not involved in the research.

In order to test if bees can also do this, researchers drugged them, and gave them an anaesthetic; once they woke up, they thought it was still morning, even though it wasn’t. Researchers left them in a site they were unfamiliar with, and tracked their movements with radars. Initially, the bees went away from the hive – with their internal clocks screwed up, they thought it was morning, and therefore were tricked by the position of the Sun.

“But then they redirect, ignoring the information from the Sun,” says Menzel. “They refer to something else” — which he and his team think is a cognitive map.

However, Dyer is still not convinced that this is in fact evidence of a mind map. He thinks that the insects could be using features of the terrain independent of the Sun to navigate, similar to the way a mariner might use a beacon. This is not similar to mind maps. Menzel hopes to further details this study, and clearly show if bees do make mind maps or not.