China is currently building the world's largest radio telescope, that will be capable to detect signs of life from billions of light years away. A new drone video has been released by China Central Television Station showed the latest progress of this telescope, and it's absolutely amazing.

by Dragos Mitrica
in Astronomy, News
A A

China is currently building the world’s largest radio telescope, that will be capable to detect signs of life from billions of light years away. A new drone video has been released by China Central Television Station showed the latest progress of this telescope, and it’s absolutely amazing. 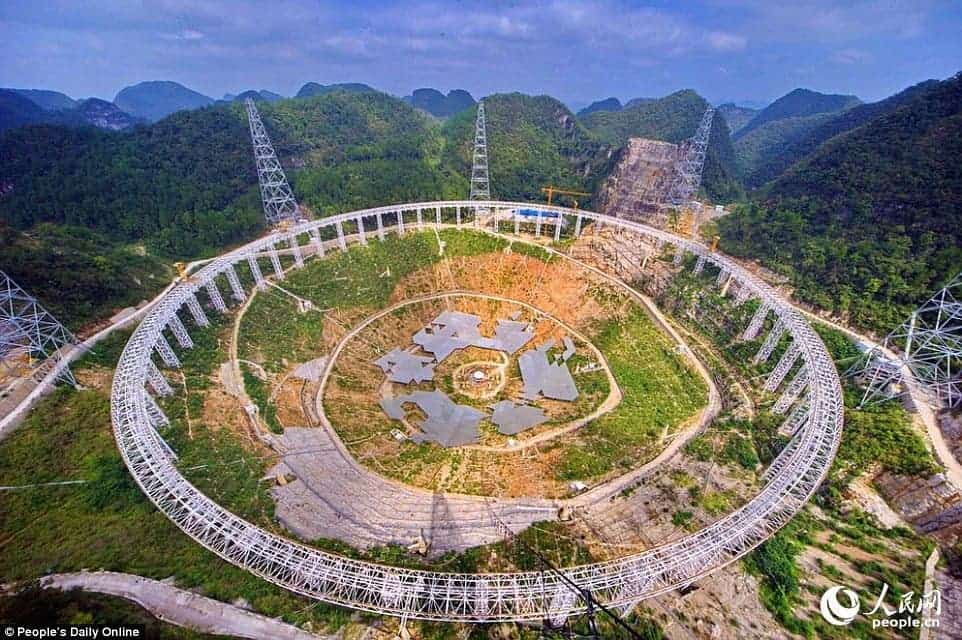 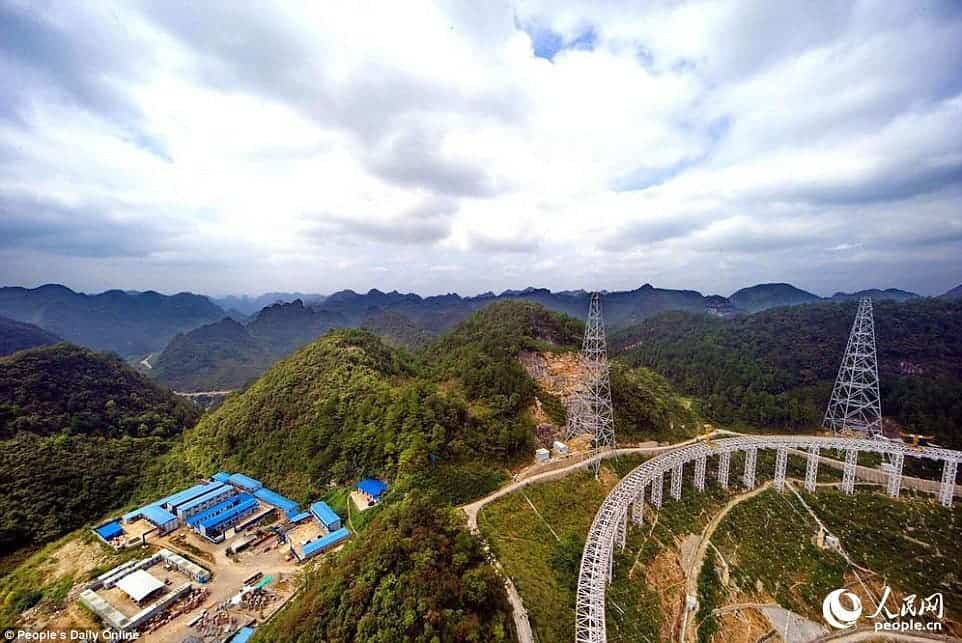 The Five hundred meter Aperture Spherical Telescope (FAST) is under construction since 2011, and is set to be completed by September next year.  It will feature 4600 triangular panels, becoming the world’s largest and most sensitive radio telescope, three times more sensitive than the Arecibo Observatory (previous record holder). Each panel is fixed with a cable, so that it can chance positions with an accuracy of 0.03 inches (0.07 cm). FAST will be 500 meters wide, and have a zenith angle of 40 degrees. The active main reflector will correct for spherical aberration on the ground to achieve a full polarization and a wide band without involving complex feed systems.

FAST is located in the Dawodang depression, a natural basin in a huge karst valley in Pingtang County, Guizhou Province. The location is extremely important, and it took 17 years before this optimal location was ultimately picked, because of the size and particularities of the telescope; the porous soil beneath the telescope also ensures a drainage that protects the construction. All in all, Li Di, the chief scientist of the National Astronomical Observatories Chinese Academy of Sciences, said:

“FAST will remain the best in the world in the next twenty to thirty years after it is completed. FAST can answer questions not only limited to astronomy but questions about humanity and nature. The scientific potential of this telescope is hard to predict.” 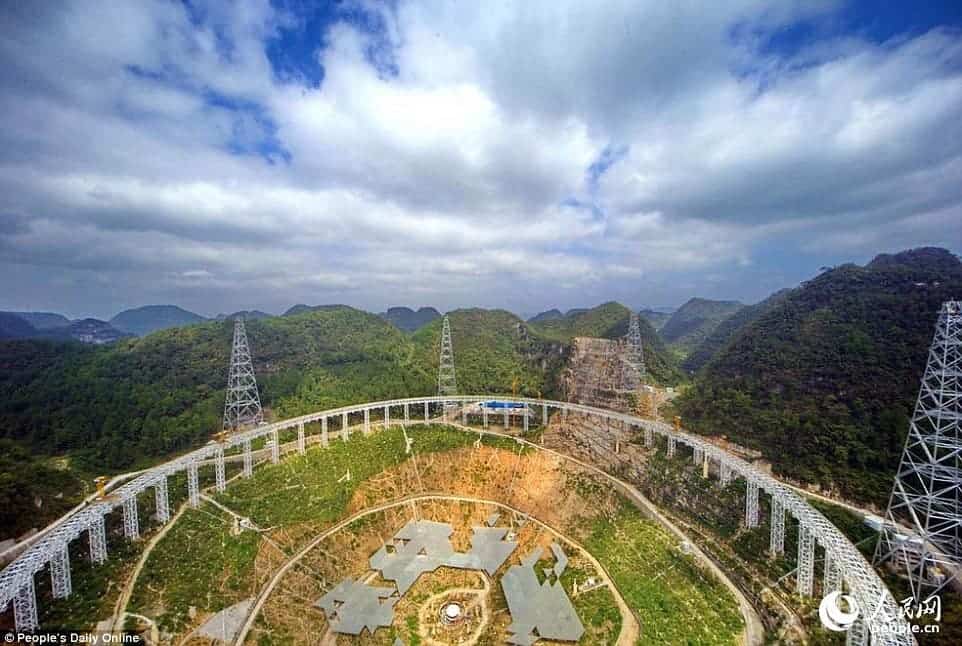 A potential application is its ability to pick up radio waves – which are thought to be an indicator of advanced life. However, radio waves decay quickly when you consider a galactic scale, so finding life far away becomes less probable – but the telescope has other intriguing applications.