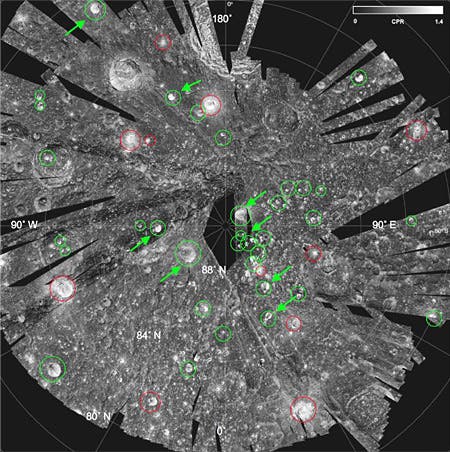 Employing the help of the Mini-SAR instrument (a lightweight, synthetic aperture radar), NASA managed to find more than 40 craters covered with ice. Despite the fact that the craters are relatively small, it’s estimated that there is about 600 million metric tons in that area.

“The emerging picture from the multiple measurements and resulting data of the instruments on lunar missions indicates that water creation, migration, deposition and retention are occurring on the moon,” said Paul Spudis, principal investigator of the Mini-SAR experiment at the Lunar and Planetary Institute in Houston. “The new discoveries show the moon is an even more interesting and attractive scientific, exploration and operational destination than people had previously thought.”