In quite an interesting discovery, Wildlife Conservation Society biologists have discovered cave paintings made by hunter-gatherers between 10,000 to 4,000 years ago while studying wild animals in the Taboco region.

To add more mystery to the situation, the discovery was made in 2009, but it has been kept a secret until now – probably because they wanted to make sure there was proper security to protect the cave paintings before releasing the news publicly. Back then, Dr Alexine Keuroghlian of the Wildlife Conservation Society’s Brazil Program and her colleagues were conducting surveys of white-lipped peccaries, medium-sized mammals of the family Tayassuidae, or New World pigs. Peccaries are very vulnerable to human activities, especially deforesting and hunting, and their numbers are dwindling all across South America. 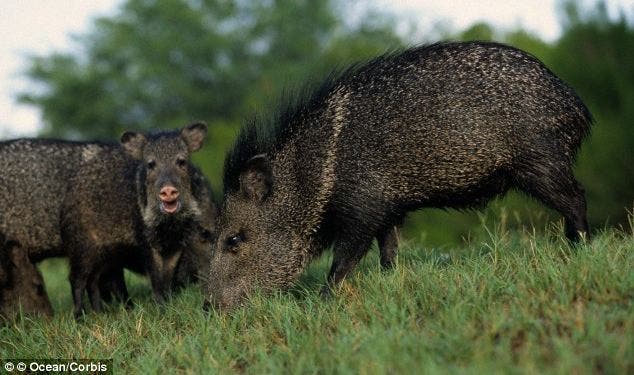 While following radio signals from tracking devices on the peccaries, the team encountered some interesting sandstone formations, including caves containing drawings of animals and geometric figures.

Dr Rodrigo Luis Simas de Aguiar, an archaeologist with the Federal University of Grande Dourados, determined that the drawings were made by hunter gatherers in the area 4.000-10.000 years ago who either occupied the caves, or simply used them for artistic or religious pursuits. The findings have been described in a paper, but it’s in Portuguese, and no English translation is available at the moment. 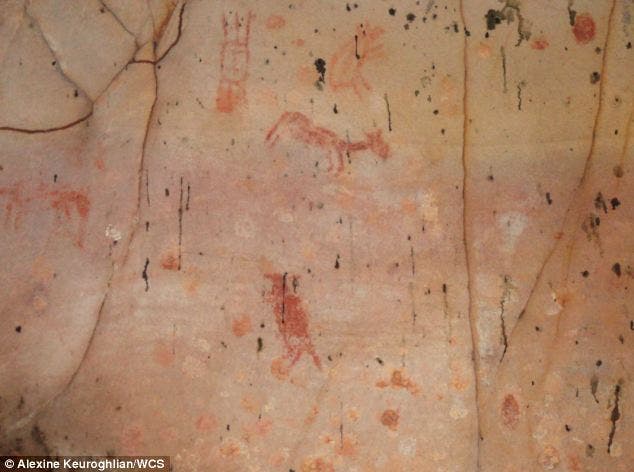 The paintings depict a very large assemblage of animals, including armadillos, deer, large cats, birds, and reptiles, as well as human-like figures and geometric symbols. The next step is to conduct cave floor excavations and date the drawings geologically.

“These discoveries of cave drawings emphasize the importance of protecting the Cerrado and Pantanal ecosystems, both for their cultural and natural heritage,” Julie Kunen, director of WCS’s Latin America and the Caribbean program, said in a statement. “We hope to partner with local landowners to protect these cave sites, as well as the forests that surround them, so that the cultural heritage and wildlife depicted in the drawings are preserved for future generations.”

Archaeologists still haven’t figured out what exactly what civilization (if any) made the drawings, and they’ve reported a strange mix of styles – the entire assemblage is way more complex than expected, showcasing influences from various areas of Brazil, including something rather similar to the ancient art from the central Brazilian plateau and the more recent, artistic north-eastern styles. Some are created in the so-called Planalto tradition while others, surprisingly, are more similar to the Nordeste or Agreste style drawings.