4,000-Year-Old Burial With Chariots Discovered In Georgia – Before Horses Were Domesticated in the Area

by livia rusu
in Archaeology, News 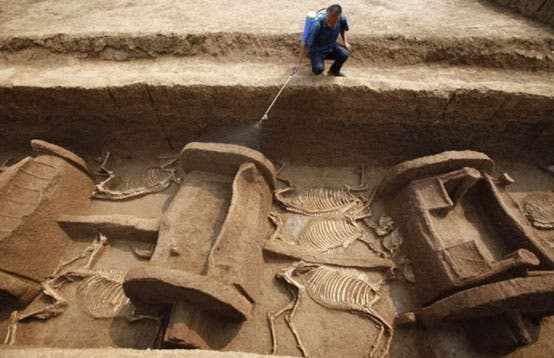 An ancient burial stash containing chariots, gold artifacts and potentially human sacrifices was unearthed in the country of Georgia, in Europe.

The burial site was constructed for a very important person, in a time archaeologists call the Early Bronze Age (4000 years ago). Archaeologists dug and discovered the burial chamber made from wood inside a 39-foot-high (12 meters) mound called a kurgan. They were expecting a big find, but were absolutely shocked when they reached the chamber – finding, among others, wo chariots, each with four wooden wheels.

Zurab Makharadze, head of the Centre of Archaeology at the Georgian National Museum was delighted by the finding:

“In the burial chamber were placed two four-wheeled chariots, both in good condition, [the] design of which represents fine ornamental details of various styles,” Makharadze wrote. The chamber also contained wild fruits, he added. 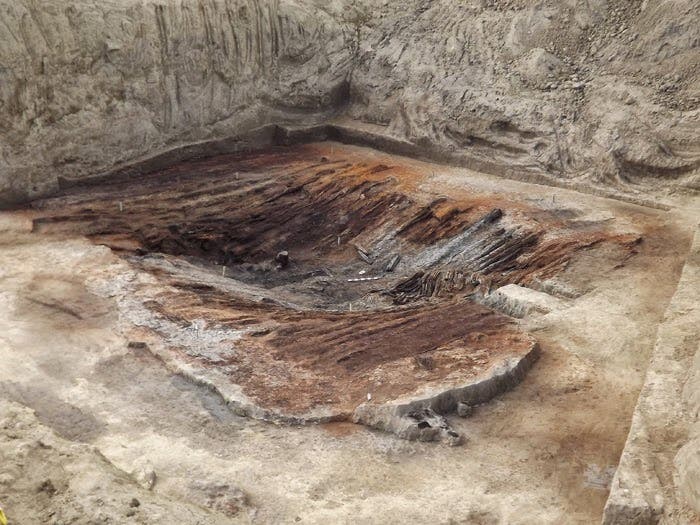 The remains of seven people were found, and it’s theoretized that six of them suffered a very unfortunate fate.

“One of them was a chief and others should be the members of his family, sacrificed slaves or servants,” Makharadze explained in an email.

Interestingly enough, the burial was dated to a period in which horses hadn’t yet been domesticated in the area. While no animal remains were found in the mound, it’s very probable that oxen pulled the chariots. Finding burial mounds 5-6 millennia old is not unique in the area, but this one is the most imposing ever found. Especially a wooden armchair is remarkable. 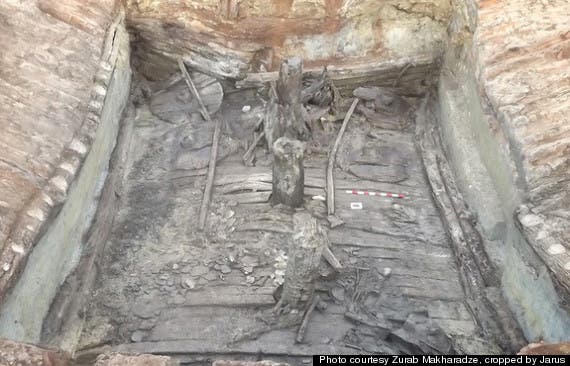 “The purpose of the wooden armchair was the indication to power, and it was put in the kurgan as a symbol of power,” Makharadze said in the email.

The kurgan was excavated in 2012, but only now were the results detailed and officially published.