Among the most intriguing findings are a group of (likely ceremonial) cauldrons that show signs of long-term use and repair.

by Alexandru Micu
in Archaeology, History, News, Videos
A A

University of Leicester archaeologists have recovered a collection of rare Iron Age metal artifacts from a site in Glenfield Park, Leicestershire, England. Among the objects are decorated cauldrons, a complete sword, and a brooch from the 3rd century BC.

The collection includes eleven cauldrons, several fine-crafted ring-headed dress pins, an involuted brooch and a cast copper-alloy ‘horn-cap’, likely a part of a ceremonial staff, archaeologists say. The objects were inhumed at the site in a series of events that took part over a considerable span of time, they add, resulting in multiple episodes of sediment deposition across the settlement.

“Glenfield Park is an exceptional archaeological site, with a fantastic array of finds that highlight this as one of the more important discoveries of recent years,” said Dr. John Thomas, director of the excavation and project officer from the University of Leicester Archaeological Services.

Dr. Thomas explains that human occupation in the area during the middle Iron Age (5th to 4th centuries BC) was “modest”, consisting of a small settlement with no walls on the south-facing slopes of the spur. Some time later, around the 4th to 3rd centuries BC according to current radiocarbon dating results, the site underwent major changes. Individual roadhouses were enclosed, “there was far more evidence for material culture”, and the inhabitants adopted rituals and rites that seem to involve “deliberate burial of a striking assemblage of metalwork.”

That metalwork is what truly sets the site apart, Dr. Thomas says. Not only is it found in much larger quantities than in other known comparable sites in the area, the items are also of much higher quality and the composition of the artifacts is also unique.

“The cauldron assemblage in particular makes this a nationally important discovery,” Dr. Thomas said. “They represent the most northerly discovery of such objects on mainland Britain and the only find of this type of cauldron in the East Midlands.”

The team reports that the cauldrons appear to have been placed in a large circular enclosure ditch that surrounded a building. It’s not known why yet, but it’s very likely that this was a deliberate choice, not an accident, the archaeologists add. The cauldrons had been placed either upright or inverted, after which the ditch was filled in. One hypothesis is that this burial was meant to mark an end to the activities carried out at this part of the site. Other cauldrons were found buried across the site, suggesting that these rituals were used to mark significant events over a long period of time as the settlement developed. 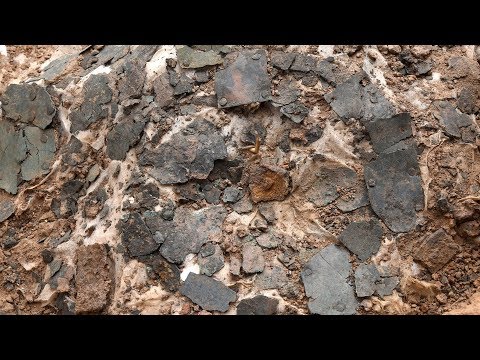 They are fashioned from several distinct parts — iron for the rims, upper bands, and the ring handles attached to them, copper alloy for the body. Size-wise, they range between 14.2 and 22 inches (36-56 cm) in diameter, with the summed-up capacity of all cauldrons around 550 liters. This volume is quite significant, and the team suspects that they may have been used to provide food for large groups of people, for example at gatherings held in the site for the area’s wider Iron Age community.

CT scans performed on the cauldrons show evidence of wear, tear, and repair, pointing to long-term and repeated use of the objects. The amount of care and effort that went into repairing them further reinforces the hypothesis that the cauldrons were special for the Iron Age community at Glenfield Park. 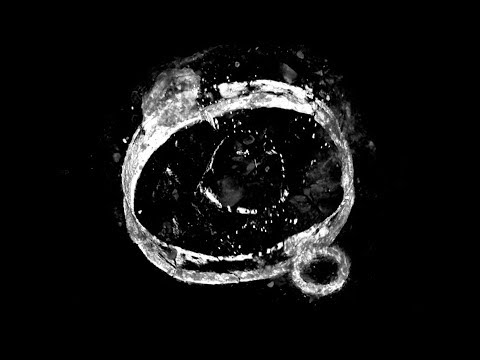 “Due to their large capacity it is thought that Iron Age cauldrons were reserved for special occasions and would have been important social objects, forming the centerpiece of major feasts, perhaps in association with large gatherings and events,” Dr. Thomas said.

“They are rarely found in large numbers and, with the exception of a discovery in Chiseldon, where 17 cauldrons were found in a pit, there have been few excavated examples in recent years.”

Dr. Thomas adds that cauldrons held a symbolic value in the area at the time, as evidenced by their frequent appearance in early-medieval Irish and Welsh literature.