Scientists in Finland have been keeping themselves busy testing two different beers... for science, of course. These are not just your average beers though - they're almost two centuries old, recovered by divers exploring a 1840s shipwreck in the Baltic Sea back in 2010.

by Mihai Andrei
in Archaeology, Chemistry
Reading Time: 4 mins read
A A
Share on FacebookShare on TwitterSubmit to Reddit

Scientists in Finland have been keeping themselves busy testing two different beers… for science, of course. These are not just your average beers though – they’re almost two centuries old, recovered by divers exploring a 1840s shipwreck in the Baltic Sea back in 2010.

When the divers brought the bottles to the surface, due to the change in pressure and temperature, one of the bottles broke, so they did what every responsible adult would have done – they tasted it. However, much to their disappointment, it didn’t really taste like anything, so they did the second thing rational adults would do – they turned the beers in, giving them to scientists, for [ahem] proper research.

When our senses fail, we have machines, and that’s what chemists at the VTT Technical Research Centre of Finland used to sample the beers (called A56 and C49, for some reason which eludes me). Unfortunately, the initial studies confirmed what the divers found – the seawater destroyed the beer’s taste, and gave it a foul odor.

But they also noticed some other interesting features – the overall shape and detail bottles indicate a high quality technology that was only used in Germany and Northern Europe (but not in Finland) for a few decades, so the list of potential producers has been narrowed down significantly. The also found different hop quantities in the two beers, something which can’t be explained by natural processes or seawater dilution – so we’re dealing with two different types of beer here.

Both beers, when they were fresh, were much more sour than today’s beers. It wasn’t until the late 19th century that brewers learned how to keep acid-producing bacteria out of beer. Until that breakthrough, pretty much all beer, including A56 and C49, was sour beer. An analysis of yeast-derived flavor compounds (yeast basically gives beer its taste and flavor) showed rose and sweet apples flavors that were high in A56. C49 had a higher concentration of flavor compounds for green tea.

“Both beers were acidic, with pH about 1 unit below modern values,” the researchers wrote. “The color strengths were in the range of modern ales and lagers, and much lower than porters or stouts.”

Overall, the two beers probably tasted very differently one from the other.

“In summary, these two, about 170-year-old bottles contained two different beers, one more strongly hopped than the other with the low α-acid yielding hop varieties common in the 19th century.”

They Lied to Us… 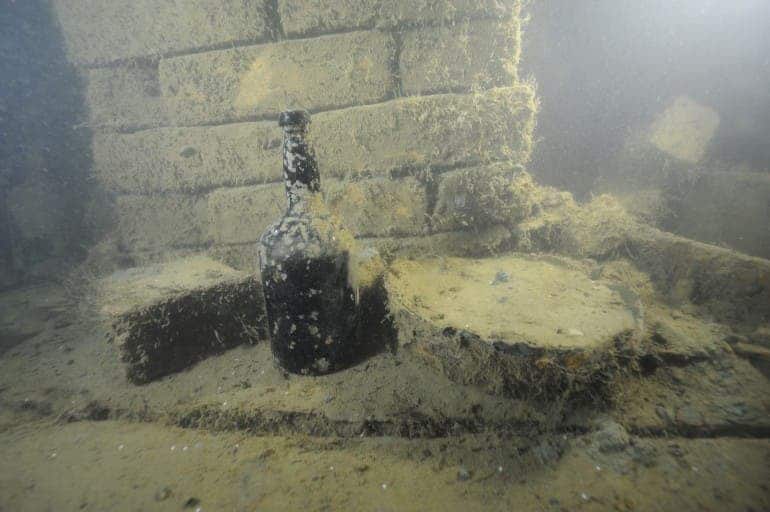 Now that the chemistry of the beers has been uncovered, the next step is, of course, to recreate the beer… but the scientists lied to us!

We first covered this story back in 2013, when the beers were first turned in for analysis, and guess what – the team said the beer will likely go into production in 2014.

“The findings belong to the Government of Åland, an autonomous region of Finland (who also funded the salvage), and the Stallhagen brewery of Åland will now use the recipe to produce the beer – with the biggest part of the profits going to charity, which include marine archaeological work and environmental measures to improve the water quality of the seas”, we wrote in 2013.

Well, it’s 2015, and no one has recreated a modern version of the beers. Oh well, one can only hope that we’ll soon get to taste them… let’s drink to that.