Anxiety is useful, to an extent, but sometimes it can overflow, with devastating consequences.

by Mihai Andrei
in Health & Medicine, Mind & Brain, News, Science
A A

Scientists have located a group of brain cells which they believe are responsible for inducing anxiety. While the cells have only been identified in mice, it’s quite likely that they also exist in humans.

“We call these anxiety cells because they only fire when the animals are in places that are innately frightening to them,” said Rene Hen, PhD, a professor of psychiatry at CUIMC and one of the study’s senior investigators. “For a mouse, that’s an open area where they’re more exposed to predators, or an elevated platform.”

In the study, mice had to navigate an environment which alternated between safe and anxiety-inducing places. The mice were placed in a maze in which some pathways led to open areas (which the mice don’t really like because they feel exposed) and safe zones. The research measured the brain activity of mice using a miniature microscope, recording the activity of hundreds of cells in the hippocampus as they moved around the surroundings. They managed to zoom in on specific areas of the brain. 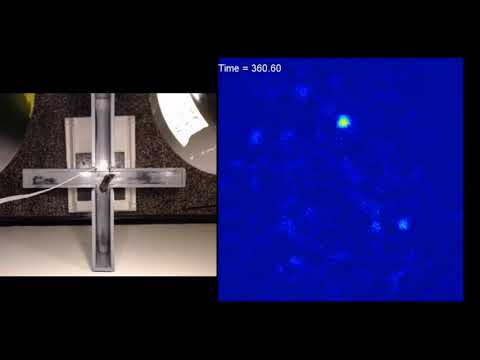 Then, using a technique called optogenetics, they were able to control the activity of some brain cells (neurons), to see if this would actively interfere with how the mice felt anxiety.

It worked — when the cells were silenced, the mice spent more time wandering in the open spaces they tended to avoid, and when they were stimulated, they avoided the open spaces. This confirmed that researchers had indeed identified the anxiety cells.

Anxiety and fear are two very useful emotions, which allow individuals to survive potentially dangerous environments and situations. To a degree, anxiety is healthy. But sometimes, the circuits malfunction and overflow — leaving many people suffering from anxiety attacks for no reason.

Existing therapies are often ineffective or have unpleasant, severe side effects.

“The therapies we have now have significant drawbacks,” says Mazen Kheirbek, an assistant professor at the University of California, San Francisco and one of the study authors. “This is another target that we can try to move the field forward for finding new therapies.”

However, this study is still in its early stages. It remains to be seen whether similar findings carry over to humans, and how this could be translated to a treatment. But it’s still a starting point.

“Now that we’ve found these cells in the hippocampus, it opens up new areas for exploring treatment ideas that we didn’t know existed before,” said the study’s lead author, Jessica Jimenez, an MD/PhD student at Columbia University’s Vagelos College of Physicians & Surgeons.