There could be an extra, ancient layer of tectonic plates lurking under east Asia

A team of researchers from the University of Houston say they’ve possibly found a deeper body of tectonic plates floating within the mantle. These plates could explain a series of mysterious, very deep earthquakes in the Pacific ocean. 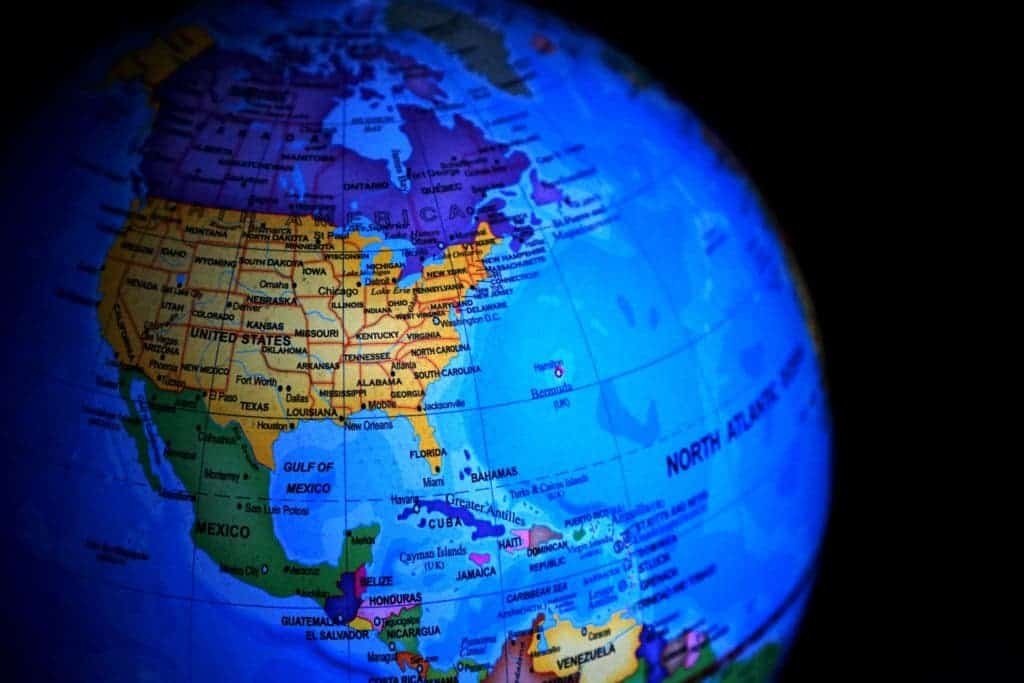 While the theory of plate tectonics has been fought tooth and claw since its early days, it has gained widespread support in the last fifty or so years. The short of it is that the crust isn’t a single monolithic piece, but rather made up of a series of plates that bump into each other on an ocean of magma — the mantle. Continents piggyback on the plates, the ocean floor splits apart and spews magma where they drift apart, or sinks into the mantle to be recycled through subduction where the plates collide.

One underlying principle of plate tectonics is that of isostasy, which basically says that a) since these plates float on a fluid, their elevation depends on how dense they are and b) you can, in broad lines, delineate an area as being ‘the crust‘, since most plates will bob around this mean elevation and there’s no free magma on top, and ‘the mantle‘ which is underneath this crust.

But on Tuesday, Jonny Wu from the University of Houston presented preliminary evidence at a joint conference of the Japan Geoscience Union and the American Geophysical Union in Tokyo that could blur the lines on point b) quite a lot.

Wu and his colleagues say that they’ve identified ancient tectonic plates which subducted in the mantle millions of years ago, but instead of being recycled they stabilized in the mantle’s transition zone (a water-rich layer at around 440-660 km depth). Beyond their choice of neighborhood, these sunken plates don’t differ that much from traditional plates in behavior. They slide horizontally at about the same speeds as surface plates, and can travel thousands of kilometers from the point of subduction. They can bend the same way surface plates do, and the energy released during a break can generate earthquakes — again, pretty typical plate mannerisms.

These plates could help explain the Vityaz earthquakes, a series of very deep, very powerful tremors whose hypocenters were, puzzlingly enough, traced in the mantle between Fiji and Australia. Wu and his team believe that the Vityaz earthquakes were caused by a subducted plate moving through the transition zone and hitting the sunken plate.

Which is surprising, since subducted plates should theoretically sink right through the transition zone towards the core. But they explain that the plates subsiding under the western Pacific find themselves in a bit of a real-estate crisis.

“The Pacific subduction rate is so fast that you’ve got to find space to get all the slab in there,” Wu says, “and east Asia has had such a long history of subduction it’s jammed up. So this slab is forced to slide within the upper mantle and transition zone and be thrust under China.”

Why are we only hearing about this now?

Well first of all you have to remember that geophysics, the field of science which allowed this discovery is really really young. Some work pertaining to geophysics is older but the bread and butter of the field — sensors that can peer into the Earth and computers who can make sense of all the data — has been around for far less than the airplane. Plate tectonics wasn’t reliably proven until the 1960s when Hess advanced his ideas of sea floor spreading. That’s just 9 years before we put a man on the Moon.

So it’s very much a field still in progress. Wu’s discovery was made possible by recent technological advancements in seismological equipment, which allowed the team to model the mantle based on natural vibrations generated by earthquakes. Such snapshots into the Earth’s inner workings can be used to locate sunken plates still floating withing the mantle, and then reconstruct their likely shape and position on the planet’s surface millions of years ago.

“Think of Hubble. We look out, and the further we look out the more things we discover, not just about the universe – we’re actually looking back in time. And this new seismology is like turning the Hubble to look into the Earth, because as we look deeper and get clearer images, we can see what the Earth might have looked like further and further back in time.”

“We’re discovering lost oceans that we didn’t even know existed,” he added, referring to an 8,000km wide “East Asian Sea” his colleagues recently identified that likely spanned between the Pacific and Indian oceans 52 million years ago, and is now buried some 500 km to 1000 km deep in the mantle under east Asia.

Still, take these findings with a grain of salt. As exciting as they are, there are still a lot of questions left to answer and, as Wu himself points out, these are just preliminary findings and yet to undergo peer review. But if they do make it past the process, I’m sure we will be hearing a lot more about these sunken plates.

The preliminary paper “Philippine Sea and East Asian plate tectonics since 52 Ma constrained by new subducted slab reconstruction methods” has been published in the Journal of Geophysical Research Solid Earth.