by Alexandru Micu
in Health & Medicine, News, Pollution, Science
A A

A new study published by the Health Effects Institute might just make you hold your breath — according to the findings, almost 95% of the world’s population are breathing air that’s deemed unhealthy by the World Health Organization (WHO). 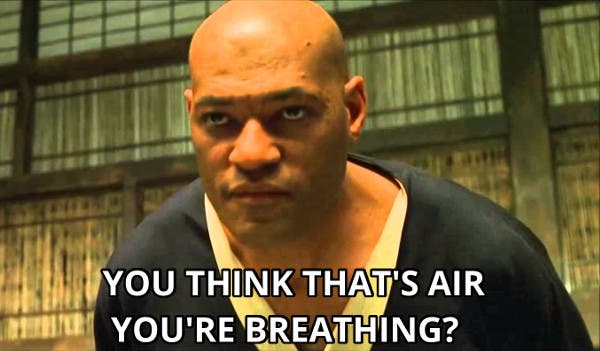 According to the State of Global Air/2018 report, almost 95% of people in the world live in areas with higher levels of fine particulate matter than deemed safe by the WHO’s guidelines.

The Institute used satellites and ground-level monitoring to obtain raw data for their study. They report that “an estimated 95 percent of people live in areas where ambient (outdoor) fine particulate matter concentrations (small dust or soot particles in the air) exceed the World Health Organization’s Air Quality Guideline of 10 µg/m3. Almost 60 percent live in areas where fine particulate matter exceeds even the least stringent WHO interim air quality target of 35 µg/m3.”

The report also takes a look at indoor household air pollution, stating that over 1/3 of the world’s population is exposed to polluted air indoors as well. The prime source is the burning of fossil fuels for heating or cooking.

“For them, fine particulate matter levels in the home can exceed the air quality guidelines by as much as 20 times,” the document reads.

Another worrying find is that the gap between the most and least polluted countries is also increasing: it’s gone from six-fold in 1990 to over 11-fold today, Health Effects Institute vice president Bob O’Keefe told The Guardian. However, he also notes that there’s reason for hope — most notably India’s focus on electrification (which should help replace much of the country’s domestic and industrial need for fossil fuels), and China’s “aggressive” fight against air pollution, such as implementing stronger controls against pollution and making an effort to reduce coal use.

Air pollution plays a central role in all sorts of respiratory diseases and complications, contributing to poor public health and early death. It’s become a huge issue, claiming more lives than wars, AIDS, and traffic accidents combined. Estimates place the number of air-pollution-associated deaths to over six million around the world last year.

The full document is available here.