by Tibi Puiu
in Research, Studies
Reading Time: 2 mins read
A A
Share on FacebookShare on TwitterSubmit to Reddit 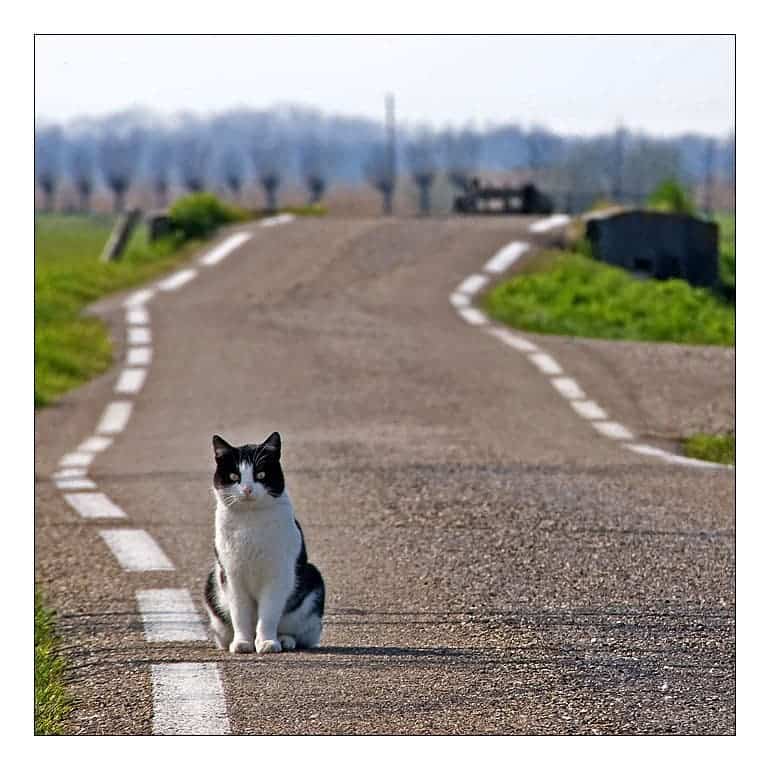 Cats are surprisingly independent pets, which I’m sure most of you who own one already know, and as I’m steadily leaning about this myself in the past few weeks since I adopted a little feline devil. Do you really know, however, how independent your cat is? Well, although house cats can be fairly lazy and spend all their day sleeping or eating, in alternating order, you’d be surprised how far in the neighborhood a cat can stray.

Researchers curious to see how far a cat’s territory ranges have embarked on a study which took two years to complete, in which they tracked both owned and stray cats using telemetry and an activity-tracking device to capture their habits and every move 24/7. The study was made around the southern edge of Champaign and Urbana, neighboring cities in Central Illinois.

What they found was quite extraordinary, at least from my perspective as a cat novice – the mean home range for pet cats in the study was about 4.9 acres. “Still, some of the cat owners were very surprised to learn that their cats were going that far,” researcher Jeff Horn said. “That’s a lot of backyards.”

If you think that’s a lot, consider that that’s a figure for pets, stray cats move a lot more around their block than owned ones. One of the feral cats used in the study, a mixed breed male, had a home range of 1,351 acres, the largest range of those tracked.

Strikingly enough or not, researchers have found evidence of the cats laziness, as they found that 97 percent of a pet cat’s time was spent while being asleep or in low activity. All those acres apparently are paved during the remainder 3 percent of their time engaged in highly active pursuits, such as running or stalking prey. The un-owned cats were highly active 14 percent of the time.

Study co-author Nohra Mateus-Pinilla confirmed that most of the cats in the study stayed within about 300 meters of human structures. “Even feral cats were always within range of a building,” she said. “That shows that even though they’re feral, they still have a level of dependency on us.”

Study published by the University of Illinois. [via scienceagogo]