A computer made from water droplets

by Tibi Puiu
in Inventions, Research, Science
A A

If you thought the computer devised out of soldier crab swarms was cool, wait till you hear what scientists at Aalto University managed to make. In a recently published study, the researchers built a hydrophopic set-up through which they channeled water droplets, and in the process encoded information, practically building a computer.

The researchers used the term “‘superhydrophobic droplet logic” to describe the process through which they stored information. At its core, the Aalto water droplet technique is based on the billiard ball computer model, a computer science textbook algorithm. Interestingly enough, when two water droplets collide with each other on a highly water-repellent surface, they rebound like billiard balls.

Two water repealant channels were devised, made out of a copper surface coated with silver, and chemically modified with a fluorinated compound. Since the formed system is predictable, scientists were able to encode information with water droplets,  with drops on one track representing ones and drops on the other representing zeroes.

“I was surprised that such rebounding collisions between two droplets were never reported before, as it indeed is an easily accessible phenomenon,” says Henrikki Mertaniemi

Concerning its practical applications, while an immediate installation is a bit far off, the researchers involved in the project forsee a use for waterdroplets storage devices in areas where electricity is not available and autonomous, yet simple computing devices are required. Also, were the water droplets to be replaced with reacting chemicals, the systematic logic behind the water droplet computing device could be employed programmable chemical reactor.

Findings were published in the journal Advanced Materials. 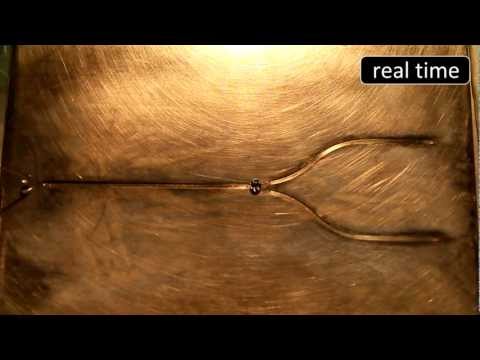