by Mihai Andrei
in History, Research
Reading Time: 2 mins read
A A
Share on FacebookShare on TwitterSubmit to Reddit 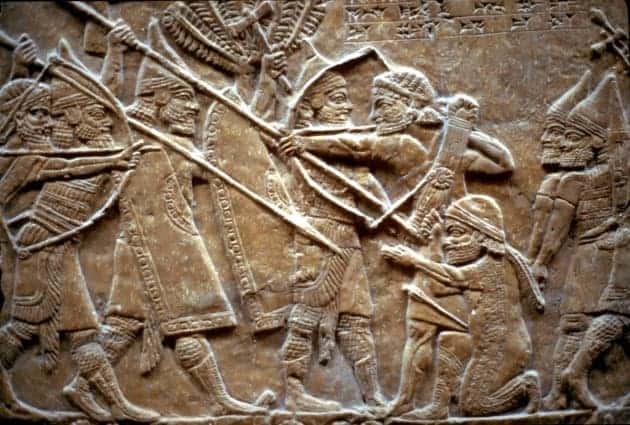 Peter Turchin, a population dynamicist at the University of Connecticut in Storrs, and his colleagues finished a study which concluded that war drove the formation of complex social institutions such as religions and bureaucracies. The study showed that these institutions helped give much needed stability to large and ethnically diverse early societies.

“Our model says they spread because they helped societies compete against each other,” says Turchin. The results are published in the Proceedings of the National Academy of Sciences.

The team analyzed the areas of the world where the competition was fiercest: Africa and Eurasia between 1500 BC and AD 1500. In the first millennium BC, nomads on the Eurasian steppe stepped it up, inventing mounted archery, the most effective projectile weaponry technique until gunpowder; this technology was instrumental, as it encouraged further developments (chariot and cavalry warfare), which in turn led to increased warfare.

After analyzing developments such as that one, they devised a model which divided Africa and Eurasia into a grid of cells 100 kilometres on a side. Each cell was characterized according to the kind of landscape, its elevation about sea level and whether or not it had agriculture – because agriculture was instrumental to early societies. When they started the simulation, each agricultural cell was inhabited by an independent state, and states on the border between agrarian societies and the steppe were seeded with military technology. The team followed the diffusion of military technology spread and the effects of warfare on societies.

Although this model oversimplifies and ignores the fact that societies compete between each other in ways far more complex than just warfare, it accurately identified the formation of 65% of all empires. Moreover, the disintegration of empires led to the dismantling of institutions which had devastating effects – all predicted by the model.

“When the Roman Empire broke up, literacy effectively went extinct, because the smaller fragment states did not need a literate bureaucracy,” says Turchin.

Turchin is advocating an approach called cliodynamics – after Clio, the ancient Greek muse of history. This approach tests hypotheses against big data, and has been both criticized and prasied by historians.

Joe Manning, an ancient historian at Yale University in New Haven, Connecticut, is a fan of cliodynamics and its real world applications:

“Being able to predict extreme behaviour in much the same way as epidemiologists predict disease outbreaks would enable governments to establish early-warning systems and deploy damage-limitation measures,” says Whitehouse.