Things are moving towards alternatives to animal testing 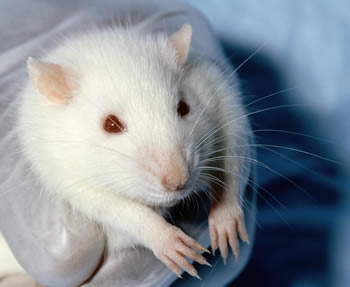 Traditionally, drugs, cures, chemicals and medical devices are tested on animals to give some insight on how these would react on humans, but more and more people are trying to find an alternative to this, including scientists involved in ICCVAM. So they have made a plan to further reduce, refine and replace the use of animals in research and regulatory testing in a symposium marking the 10-year anniversary of the Interagency Coordinating Committee on the Validation of Alternative Methods (ICCVAM). This is commonly reffered to as the 3Rs.

This five year plan aims for the formation of partnerships with industry and other national and international stakeholders to achieve measurable progress.

“ICCVAM has a proven track record of thoroughly reviewing test methods and has established an excellent blueprint for advancing the 3Rs, and for advancing the health and safety of our nation as well,” said Marilyn Wind, Ph.D., deputy associate executive director of the Consumer Product Safety Commission (CPSC) and the chair, ICCVAM.

She was just one of many who attented the symposium where the plan was released. Many people from many fields (scientists, public attendees, advocates, media and invited guests) were there to promote the development, validation, and regulatory acceptance of scientifically sound new, revised, and alternative testing methods that protect human and animal health and the environment.

Of course, some methods of alternative testing are in place since 1997, but many if not all of these methods need some improvement before they are taken into consideration. However, scientists are very confident and in fact a great number of them is in widespread use around the world for routine safety testing.

“We’ve made great progress in the past decade, and with the help of our partners we can do even more to increase the pace of developing and introducing alternative methods.”

“We appreciate all of the public input we’ve received to develop this plan and look forward to working closely with our government and non-government stakeholders to promote good science and validation studies that will support the regulatory use of alternative methods,” said Stokes. “By incorporating recent advances in science and technology, new alternative test methods can be developed that will benefit animal welfare by reducing, refining, and replacing animal use, and that will benefit public health by ensuring continued or improved protection of human and animal health and the environment.”

The plan was developed over a 12-month period with multiple opportunities for input, including a public Town Meeting held in June 2006 and it sounds great! A needed initiative.