The ‘Otton frog’ was just discovered in the Amami islands of Southern Japan, but unlike other frogs, which rely on camouflage or venom, this frog can put up quite a fight. 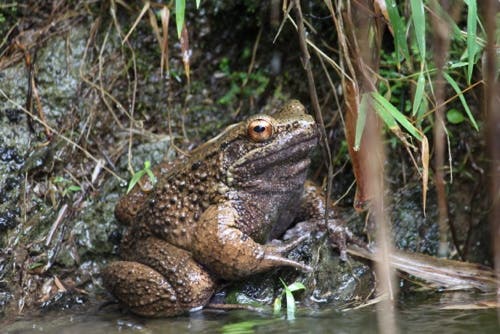 Most frogs possess four digits, but at a first glance, the Otton seemed to have five ones; the only other frogs with this feature are the five-fingered Hypsiboas rosenbergi frogs in South America. However, at a deeper look, it was revealed that this extra digit was in fact just a hideout for a retractable spike.

“Why these ‘fifth fingers’ exist in some species remains an evolutionary mystery, but the extra digit of the Otton is in fact a pseudo-thumb,” said lead researcher, Dr Noriko Iwai. “The digit encases a sharp spine which can project out of the skin, which fieldwork demonstrates is used for combat and mating.”

During the research, it was shown that although both males and females have the spike, only the males use it.

“Males were found to have larger pseudo-thumbs than the females and Dr Iwai believes that the spikes evolved for anchoring to the female, known as amplexus, the Latin for embrace, during mating.”

Their habitat, the Amami islands, are a very competitive place for frogs, which is probably the main driving cause behind this evolutionary treat. Individual frogs often fight each other for territorial reasons and for choosing the best nesting spots.

“While the chances of a male finding a mate each night are rare, thus the ability to fight off competitors may be crucial.”

“More research is needed to look at how the pseudo-thumb evolved and how it came to be used for fighting,” concluded Dr Iwai. “The thumbs use as a weapon, and the danger of the frogs harming themselves with it, makes the Otton pseudo-thumb an intriguing contribution to the study of hand morphology.”