How Google Maps can tell if there are traffic jams

Ever wondered how Google Maps can predict traffic jams? 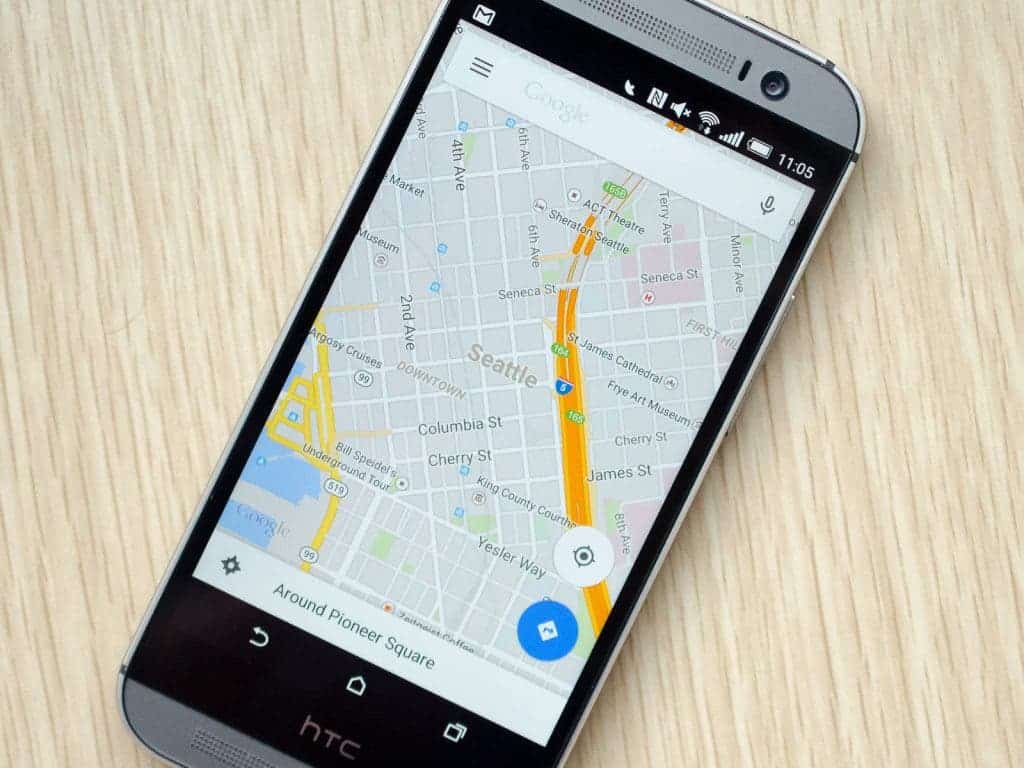 If you use Google Maps to plan your commutes or other travels, you might have noticed how apt the app has become at predicting traffic. You know the fastest way out of the city might be to take the highway, yet Google tells you to the take the surface roads. A few minutes later you’re on your way, while the highway is packed. An accident must have occurred half an hour earlier or a road block was just posted to make way for infrastructure works. You’re happy, but at the same time you can’t help wonder: ‘how in the world did they pull it off?’

One of Google’s main assets is data. Lots of it. If you have location services turned on (that’s enough for Android) and Google Maps open (for Apple devices), Google will be fed with a stream of anonymous bits that speak of location, relative velocity and itinerary. Using this data, from both car passengers and pedestrians, Google uses machine learning algorithms to predict traffic jams. A slew of cars just started moving 30% slower than they should have? A couple minutes later Google alerts you to change your route – a route that Google optimized taking account the constantly shifting masses of vehicles in real time. Of course, Google can also predict the future. Scores of historical data lends Google a clairvoyant ability. This prediction is made based upon the data that was available on the same day, last week, last month or last year, based upon if it was a public holiday, a working day or just a normal weekend. It can even tell if there’s a marathon on nothing but locations data.

Of course, the traffic data comes from multiple sources in order for it to be considered reliable. Besides smartphones, Google employs smartsensors in key locations and data from local authorities. It also incorporates traffic and incident data fed by the Waze app and its community. Waze, the navigation app, was bought by Google in 2013 for $1 billion.

As more and more drivers use the app, the traffic predictions become more reliable because Google Maps can look at the average speed of cars traveling along the same route without misinterpreting someone’s morning coffee stop as a traffic jam. Likewise, if you live in a city or country with few Google Maps users, traffic prediction will be poor or won’t be activated at all.

Google isn’t alone though, although its Maps app is the most widely used. Microsoft is currently working on the Traffic Prediction Project with select partners to  help predict traffic jams up to an hour in advance. Again, it’s all about Big Data, crunching all traffic data, including historical numbers where available, from transport departments, road cameras, Microsoft’s Bing traffic maps, and even drivers’ social networks.

A recent report shows America will waste $2.8 trillion being stuck in traffic by 2030. The solution? Self-driving cars (these drive steady and constantly optimize velocity relative to other cars), traffic jam solutions like the ones offered by G Maps and Microsoft (until all cars all self-driving) and, wait for it, less cars. Yes, the best solution to solving traffic jams is to stop owning a car and start using public transportation.