Cycling while playing virtual reality games: will this convince people to exercise?

Is this genius or lame? We can't really tell for now.

by Tibi Puiu
in News, Science, Technology
Reading Time: 3 mins read
A A
Share on FacebookShare on TwitterSubmit to Reddit

There’s no secret that exercising, along with a healthy diet, is the best way to stay lean, healthy and strong. A lot of people, including yours truly, however lack the discipline to seriously commit to regular exercising. Part of the problem lies in framing it as a drag; something unpleasant that involves making sacrifices. A San Francisco startup is trying a novel approach to enticing people to exercise more: combine people’s love for video games with a virtual reality assisted bicycle. 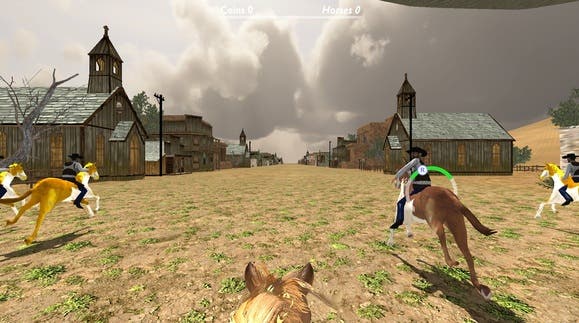 The company called Virzoom uses a special bicycle that’s been designed to sync with the Sony PlayStation VR, HTC Vive, and Oculus Rift. At the handlebar’s ends are gaming controllers that allow the user to perform various in-game functions and control the environment. It also consists of sensors and vitals monitor to keep track of the users’ gestures and movements. So far, the company released five games. 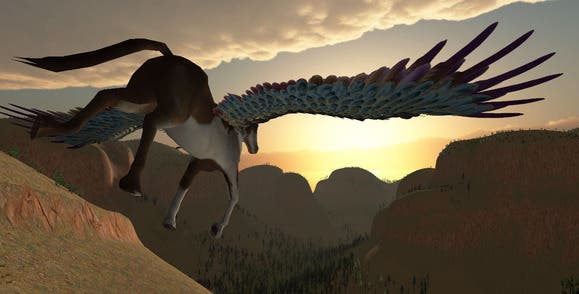 One is a Wild West themed game in which you ride a horse and have to lasso bandits. The faster you peddle, the faster the horse gallops. To catch the bandit you just have to stare at him, then a colour gauge appears. You fire the lasso when you hit green. Another sees you riding a pegasus through a forest, filled with fruit which the winged horse needs to keep on flapping. Again, speed is synced with peddling and leaning left or right on the bike will similarly direct pegasus left or right.

You can also play in multiplayer so the competition gets your heart pumping even more.

The whole concept sounds interesting, but will this fool anyone? People who exercise often will not be enticed to buy this product simply because it distracts them from real work. Wearing a headset VR while exercising can be very uncomfortable. The unit is bulky, and your head can feel like a sauna once you really start to burn some fat. On the other hand, people who hate exercising but love video games (the target audience) might get bored by the interface fast. Hayden Dingman from PCworld had a hands-on test with the device and says that he isn’t sold. He thought it was boring and the VR environment made him feel sick because it doesn’t emulate real life physics properly (a huge problem for all VR developers).

I like the idea, but I wouldn’t use it. I don’t enjoy exercising (few people do), but having to distract yourself to the point of total VR immersion seems like a stretch for now. Maybe I’m just not ready. What about you? Would you buy it?