The best way to send much-needed supplies to isolated communities following a natural disaster such as an earthquake, tsunami or volcano eruption would be to send them via converted intercontinental ballistic missiles (ICBMs), one researcher says.

Usually, it’s the military “borrowing” technologies used in other fields (dynamite and the nuclear bomb, to name just two of the big things they took), but now, the military could provide some much needed help. A ballistic missile, developed to land safely, could provide a few tons of water and food to pretty much any area in just over an hour, potentially saving numerous lives, explains Chien Chang, a doctoral student in space architecture at the University of Tokyo. The price tag for developing such a project from scratch would be huge, but he explains that if we were to use Intercontinental Ballistic Missiles (ICBMs), the price tag could be significantly reduced. 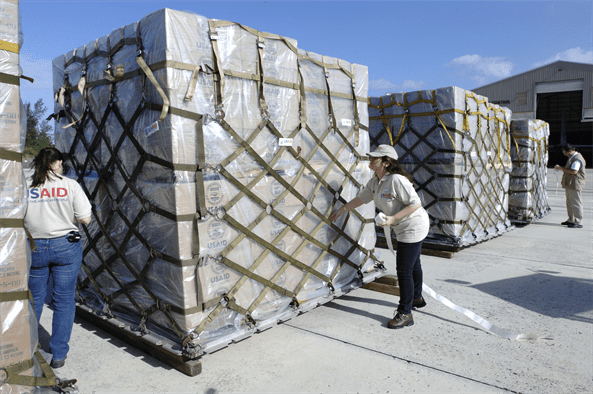 “These rocket engines are still functioning. If we could use these engines, the cost would be very much reduced,” Chang told ZME Science last month at the American Institute of Aeronautics and Astronautics’ Space 2013 conference in San Diego, where he presented his idea during a poster session.

This is not the first time ballistic missiles would be reconditioned – the first three stages of the new five-stage Minotaur V rocket (which has the purpose of launching satellites into orbit) used motors from recycled, decomissioned American Peacekeeper missiles. This technology, if applied, would only cater to a small niche, in areas which are otherwise very hard to reach by boat, plane or road.

“The situations would be very rare, except for islands in the Pacific [Ocean], parts of mainland China and Antarctica,” he said.

But the needs of those hard to reach people are no less important than others’ – the humanitarian effort is well worth doing – hopefully, this idea will come to fruition sometime in the near future.