It’s not hard to think what the purpose of the ‘Eavesdropper’ is; this mammoth of the US National Reconnaissance Office (portraied below) has launched what is officially the biggest satellite ever sent into uter space. It has a military purpose, but there really are no surprises here. 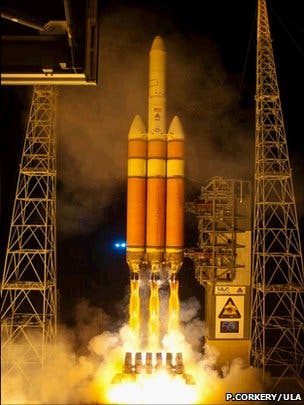 The spacecraft was put into orbit on a Delta-4 Heavy rocket from Cape Canaveral Air Force station on Sunday, but authorities gave no other additional details about exactly how much load it carries or what the specific equipment is. The largest unmaned rocket was lauched at 17:58 local time (22:58 GMT). It features three core boosters strapped side by side, each of which has a Rocketdyne-built RS-68 engine. 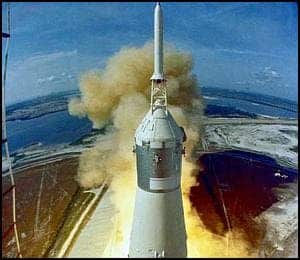 The engine develops almost 3.000 KN (650,000lbs force) of thrust at lift-off. The largest manned Apollo mission (which had a totally different purpose) could only produce 3 times more the thrust of the Delta, but it had to carry way much more equipment, such as life support and all that; oh, and fuel to travel to the Moon and back. It will be indeed very interesting to see what the political response will be to this launch.