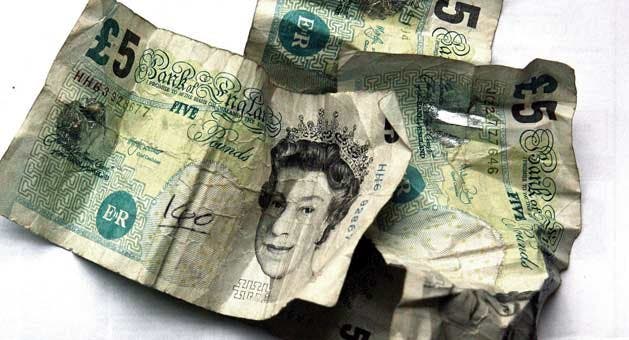 The reason why we don’t trade with gold, diamonds or cheese is because these do no offer the exact interchangeable value. Money the other hands, does. If you loaned someone with $50, and the other person returned the money all in coins for instance, you’d still have the same exact value back in your hands. A new study, however, shows that money in its physical form, banknotes or coins, is not all the same, after it found the people spend old or filthy bank-notes more freely than freshly-minted ones.

“The physical appearance of money can alter spending behavior. Consumers tend to infer that worn bills are used and contaminated, whereas crisp bills give them a sense of pride in owning bills that can be spent around others,” write authors Fabrizio Di Muro (University of Winnipeg) and Theodore J. Noseworthy (University of Guelph).

The researchers believe this behavior has something to do with the fact that we generally do not like touching things already touched by many other unknown people. This is magnified when a bank-note is dirty, worn or crumpled because we can see evidence this cash has passed through a lot of hands before getting to ours, they said. Thing is, money really is dirty; a separate study found 26% of bank notes and 47% of credit cards are covered in germs, while 80% of notes and 78% of credit cards had some traces of bacteria.

The researchers enlisted participants which they either offered worn or crisp banknotes for shopping related activities – yes, it’s one of those studies. They found that the consumers tended to spend more with worn bills than with crisp bills. They were also more likely to break a worn larger bill than pay the exact amount in crisp lower denominations.

“Consumers may value a crisp banknote more than a worn bank-note because they believe the latter is disgusting and thus want to be rid of it,” the scientists note.

Awkwardly enough, when consumers thought they were being socially monitored, they tended to spend crisp bills more than worn bills.

The researchers said: “Money may be as much a vehicle for social utility as it is for economic utility.

“We tend to regard currency as a means to consumption and not as a product itself, but money is actually subject to the same inferences and biases as the products it can buy.”

What this says is that we’re proud about our brand new, minted money and value banknotes which are clean and crisp more. The major takeaway here is: always ask for new money at the bank if you’re looking to save cash.

Findings appeared in the Journal of Consumer Research.