The world may be too dependent on GPS, report says

by Tibi Puiu
in Other, Studies
Reading Time: 2 mins read
A A
Share on FacebookShare on TwitterSubmit to Reddit 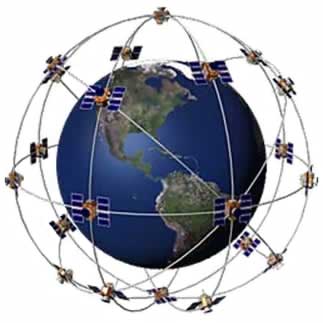 Besides their evident telecommunications value, satellites also pose enormous benefits when synchronization and navigation are concerned, available and more and more used to the common public through GNSS (global navigation satellite system) or the US based GPS (global positioning system). However, a report published by the Royal Academy of Engineering in the UK warns that the nation has become overly reliant on the system, which academicians consider it to be very vulnerable and prone to natural hazards (solar flares) or deliberate attacks (terrorist endeavors).

“What we’re saying is that there is a growing interdependence between systems that people think are backing each other up. And it might well be that if a number these systems fail simultaneously, it will cause commercial damage or just conceivably loss of life. This is wholly avoidable.”

Remember, that GPS applications aren’t limited to simple, though widespread, auto-navigation or as personal mapping; they’re used by manufacturing industries, supply chains, drilling oil, various other logistics, banks, and virtually anything you can imagine. It’s not a UK based dependency either, it’s a fact well known applying to the whole world. The failure of such a system might indeed deem severe economic and social consequences.

Just how much? Let’s just stick to money-wise -the European Commission, in a recent update on its forthcoming Galileo sat-nav network, estimated that about 6-7% of Europe’s GDP, approximately 800bn euros (£690bn) annually, was now dependent in some way on GNSS data.

“The deployment of Europe’s Galileo system will greatly improve the resilience of the combined GPS/Galileo system, but many of the vulnerabilities we have identified in this report will remain,” says Dr Thomas.

“No-one has a complete picture of the many ways in which we have become dependent on weak signals 12,000 miles above us.”

The report goes on to suggest some solutions for backing-up and improving the signal, such that calamities might be avoided, such as awareness campaign so that users might begin to back-up their signals, R&D investments for new signal-enhancing technology, and probably the most practical – a plea to the UK government to ban jamming equipment. This kind of equipment can be bought for as low as 30$ and are used mostly by criminals to disrupt tracking signals for jacked cars.

I think the subjects begs for an interesting question to be pondered, how many of you know how to read a map?