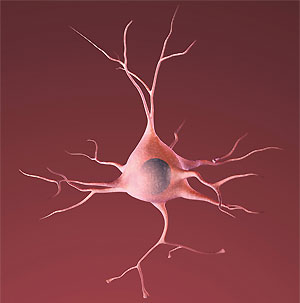 Since there are still a big number of things we fail to understand about our brain it is somewhat understandable that such misbeliefs appear. They turn into myths and thanks to the oh so well documented media everybody ends up believing that they are true; and such a belief is hard to shatter even when it reffers to something untrue.

This is exactly the case here. The belief that after a man has reached adulthood his brain cells stop growing is just not true, but don’t take my word for it; researchers at MIT led by Wei-Chung Allen Lee have showed this. In fact the busting of this myth means proving that adult brain cells, or neurons, are not largely static and that they are able to change their structures in response to new experiences. The study they made showed that the branch-like projections on some neurons, caled “dendrites,” were still physically malleable.


They conduct electricity received from other neurons to the parent neuron’s cell body. The changes occurred both incrementally and in short bursts, and involved both growth and shrinkage. The results were surprising – a dendrite was able to double its length in two weeks.

In the early years of your life you manufacture an estimated 250,000 neurons per minute and then spend the next few years wiring them together. The myth assumes that plasticity settles down when you reach adulthood.

“The scale of change is much smaller than what goes on during the critical period of development, but the fact that it goes on at all is earth-shattering,”said study co-author Elly Nedivi, a neuroscientists at the Massachusetts Institute of Technology (MIT).