Complex simplicity is the best for music 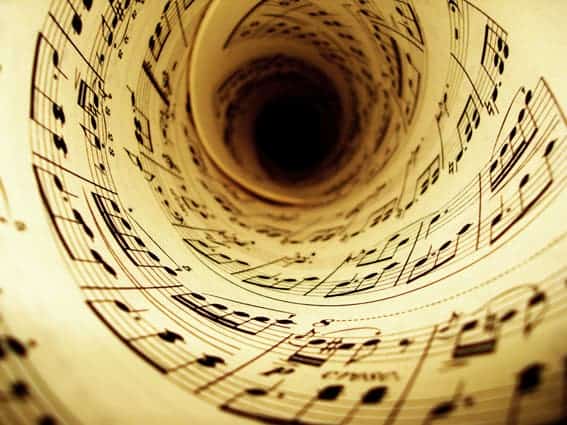 Art and science almost always seem to be standing at opposite seats of the table, so it’s really hard to explain one through the means of the other. But if we were to look at some of the best compositions in the world, music that transcended time and delighted generations and generations, what would we find ? According to a new study published by BioMed Central’s open access journal BMC Research Notes, the brain does some really interesting things when listening to music, which could provide some insight on this matter.

Basically, it simplifies complex patterns, in pretty much the same way music compression formats reduce audio files, by removing redundant data and identifying patterns. There is a theory that’s been around (and accepted) for a long time that we are hardwired to find simple patterns most pleasurable. Dr. Nicholas Hudson used ‘lossless’ music compression programs to mimic the brain’s ability to condense audio information and for this purpose, he compared the amount of compressibility for a random noise and for different types of music.

The results seemed to be pretty relevant: random noise could be condensed to no less than 86% of its original file size, techno, rock and pop all were around 60%, while some apparently complex masterpieces, such as Beethoven’s 3rd Symphony compressed to 40%.

Dr Nicholas Hudson says “Enduring musical masterpieces, despite apparent complexity, possess high compressibility” and that it is this compressibility that we respond to. So whether you are a die hard classicist or a pop diva it seems that we chose the music we prefer, not by simply listening to it, but by calculating its compressibility.

So if you’re trying to compose music that will live on forever, you should focus on music which sounds complex, but is reductible to patterns as simple as possible.