Scientists point out our flock mentality 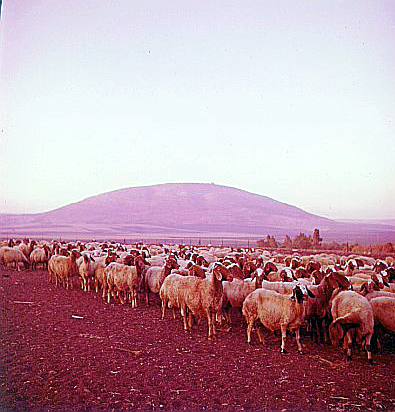 This has been talked about for ever, and as much as we admit it or not, a big mass of people is in fact quite easy to manipulate, because of our… flock mentality. Results from a study at the University of Leeds show that it takes a minority of just five per cent to influence a crowd’s direction. The other 95% will follow the path of the 5%, without even realizing this.

The findings could have a major significance for directing the flow of large crowds especially in disaster cases, when it’s crucial to evaluate how the mass of people will react.

“There are many situations where this information could be used to good effect,” says Professor Jens Krause of the University’s Faculty of Biological Sciences. “At one extreme, it could be used to inform emergency planning strategies and at the other, it could be useful in organising pedestrian flow in busy areas.”

They conducted a series of experiments in which groups of people were asked to walk randomly around a large hall. A few of them received more exact instructions about where they were supposed to go. They were not allowed to talk with each other, but they were supposed to stay within an arm’s reach of any other person. So the results were not that surprising, when you stop to think about it: the ‘informed individuals’ were followed by others in the crowd.

“We initially started looking at consensus decision making in humans because we were interested in animal migration, particularly birds, where it can be difficult to identify the leaders of a flock,” says Professor Krause. “But it just goes to show that there are strong parallels between animal grouping behaviour and human crowds.”