by Mihai Andrei
in History, Studies
A A

The remains of the legendary Richard III have been found beneath a Leicester car park – where else? DNA, carbon dating and the whole shebang showed, beyond reasonable doubt, that the remains belong to the king, explained lead archaeologist Richard Buckley, from the University of Leicester, so the finding I was telling you about a while ago really check out. 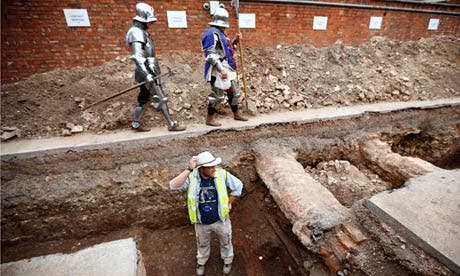 According to him, the bones have been subjected to “rigorous academic study” and had been carbon dated to a period from 1455-1540 – Richard III fell in battle in 1485. His skeleton showed that he suffered 10 injuries, including eight to the skull, one of them removing a slice of bone, while another was caused by bladed weapon which went through and hit the opposite side of the skull – a depth of more than 10cm-auch!

“Both of these injuries would have caused an almost instant loss of consciousness and death would have followed quickly afterwards. In the case of the larger wound, if the blade had penetrated 7cm into the brain, which we cannot determine from the bones, death would have been instantaneous.”

However, there was absolutely no indication of a withered arm or other abnormalities described in the more extreme characterisations of the king.

Who was Richard III?

Richard III was the English king with the shortest reign – just 26 months. He was the last king of the House of York and the last of the Plantagenet dynasty. His defeat at Bosworth Field, the decisive battle of the Wars of the Roses, is sometimes regarded as the end of the Middle Ages in England. He was a royal prince, but a younger brother. After his older brother inherited the throne and then fell to battle, his son was supposed to carry the reign, with Richard being named as protector of his nephew, Edward V. Soon after this however, Richard seized power and made Edward and his younger brother “disappear”.

He also gained a significant amount of notoriety due to Shakespeare’s play. In the play, Richard is described as a jealous and ambitions man, an ugly hunchback who is “rudely stamp’d”, “deformed, unfinish’d”, and cannot “strut before a wanton ambling nymph.”

This is arguably one of the best plays ever written, describing Richard III as a criminal and tyrant, but also analyzing themes such as free will and fatalism.

Some of these claims are backed up by his skeleton; he suffered from severe scoliosis, a medical condition in which the spine is curved from side to side, and which made him significantly shorter. Without the scoliosis, which experts believe developed during teenage years, he would have been about 5ft 8ins (1.7m) tall, but the curvature would have made him appear “considerably” shorter.

“The analysis of the skeleton proved that it was an adult male but was an unusually slender, almost feminine, build for a man. Taken as a whole, the skeletal evidence provides a highly convincing case for identification as Richard III.”

A face for a legend 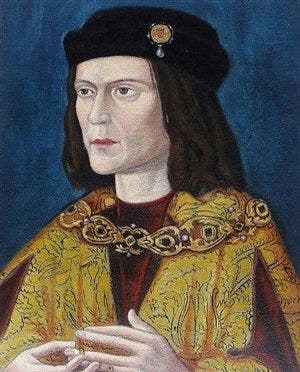 Despite him being an anti-hero, he remains one of the most mentioned characters in history – and such a character really should have a face. The face of King Richard III is set to be unveiled to the world in just a few days, with the facial reconstruction being conducted by University of Leicester researchers.

Richard’s body will be reinterred in Leicester Cathedral, probably early in 2014. A temporary exhibition will open there on 8 February, followed by a permanent visitors’ centre telling the story of Richard’s life.