by Mihai Andrei
in Chemistry, Studies
Reading Time: 3 mins read
A A
Share on FacebookShare on TwitterSubmit to Reddit 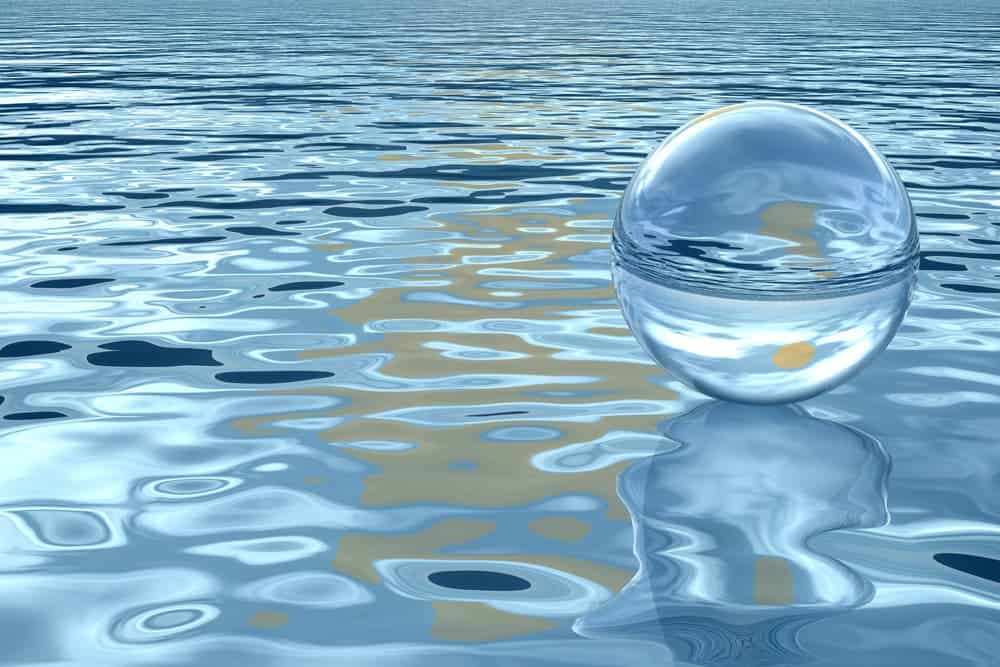 The paradox of water is that everybody knows it, but no one really understands it. It’s the most fascinating substance we have come across so far, and it still has many secrets for us. For example, the molecular structure of water still eludes scientists, and as a result, water still has many properties which we poorly understand.

However, work conducted by researchers from the Department of Energy’s SLAC National Accelerator Laboratory and several universities in Sweden and Japan is starting to pay off, as they’re shedding new light on water’s molecular idiosyncrasies, especially on the bulk properties. All in all, there are 66 known anomalies of water, including a strangely varying density, large heat capacity and high surface tension.

For example, other liquids become denser as they get colder, but water reaches maximum density at 4 degrees Celsius; both above and below, water is less dense. Water also has an amazing capacity of storing heat, and a huge surface tension as well.

“Understanding these anomalies is very important because water is the ultimate basis for our existence: no water, no life,” said SLAC scientist Anders Nilsson, who is leading the experimental efforts. “Our work helps explain these anomalies on the molecular level at temperatures which are relevant to life.”

How water molecules arrange themselves in solid form has been established long ago, now the debate is around how molecules arrange in liquid molecules. The current accepted theory is that since ice molecules form a tight “tetrahedral” lattice, water should be made similar, only less structured due to the heat that breaks some bonds. As ice melts, the tetrahedrals loosen up, but they still ‘try’ to stay together, so the end result is ‘a smooth distribution around distorted, partially broken tetrahedral structures’

Recently, the above mentioned researchers tried to use powerful X-Ray technology to sort the mystery, and they found that the textbook accepted version is not correct. Their experiments suggested that two unexpected and very distinct structures exist, no matter the temperature: either very disordered or very tetrahedral.

The two types are spatially separated with the tetrahedral structures appearing in ‘clumps’ of up to 100 molecules surrounded by disordered areas. However, as the temperature of the water increases, fewer and fewer of these clumps exist, but they never disappear totally. Also, as the temperature rises, the disordered parts become even more disordered.

“One can visualize this as a crowded dance restaurant, with some people sitting at large tables, taking up quite a bit of room—like the tetrahedral component in water—and other people on the dance floor, standing close together and moving slower or faster depending on the mood or ‘temperature’ of the restaurant—like the molecules in the disordered regions can be excited by heat, the dancers can be excited and move faster with the music,” Nilsson said. “There’s an exchange when people sitting decide to get up to dance and other dancers sit down to rest. When the dance floor really gets busy, tables can also be moved out of the way to allow for more dancers, and when things cool back off, more tables can be brought in.”

“Previously, hardly anyone thought that such fluctuations leading to distinct local structures existed at ambient temperatures,” Nilsson said. “But that’s precisely what we found.”