by Tibi Puiu
in Climate, Environment, Studies, World Problems
Reading Time: 3 mins read
A A
Share on FacebookShare on TwitterSubmit to Reddit 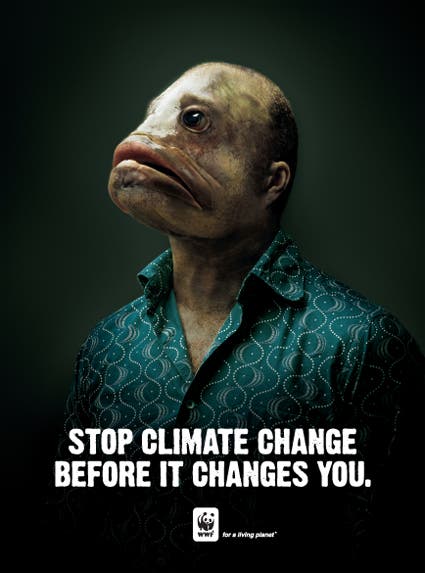 A new independent study conducted by researchers from Swiss Federal Institute of Technology (ETH) in Zurich, has concluded that natural climate variability is highly unlike to have contributed more than a quarter of the total dramatic temperature increase the Earth has faced since the 1950s. The study concludes that man made activities resulting in greenhouse gas emissions are responsible for at least 74% of the current global temperature rise.

Since 1950, the global air and surface temperature has risen by a net value of 0.5 degrees Celsius. Climate change skeptics, however, currently argue that this is a cyclic activity, one which nature goes through from time to time, and by no means anthropic induced. So, to separate natural temperature increase from artificial, man-made one, the scientists used a new model which looked at the balance of heat energy entering and leaving Earth.

The authors of the study, Knutti and his co-author Markus Huber, also at ETH Zurich, found that the main culprits are greenhouse gas emissions – carbon dioxide, in particular. For that matter CO2 levels in the atmosphere would’ve risen to great lengths since the dawn of the industrial times, were it not for the counter effect which generated cooling as a result of atmospheric aerosols such as black carbon.

The researchers made a simplified model of the Earth’s total energy budget, which they parsed through various parameters, like global values from solar radiation, solar energy leaving earth, heat absorbed by the oceans, climate-feedback effects and so on, and ran all of these thousands of times, using different combinations.

Knutti and Huber found that massive CO2 emissions contributed between 0.6-1.1 degrees C to the global warming effect we’re currently experiencing today, most likely value being 0.85 degree C, statistically speaking. Luckily, 0.45 degree C was offset by the cooling effects of aerosols. These directly influence Earth’s climate by scattering light; they also have indirect climate effects through their interactions with clouds.

So, with their climate model, the researchers came out with a value of 0.55 degree C temperature rise since the 1950s, wheres real measurements show that in the last 60 years the planet has warmed by 0.5 degree C. Very, very close, which enforces their claim.

Some climate skeptics believe solar radiation is to blame for the recent warming, however it was found to have contributed with only 0.07 degree C. How about the cyclic random variations in Earth climate? Well, the researchers re-run the model under some haywire paramenters, and found that even if climate variability were three times greater it would still be far from being able to account for this dramatic increase in temperature.

“This tightens estimates of past responses,” says Gabriele Hegerl, a climate scientist at the University of Edinburgh, UK, “And it should also lead to predictions of future climate change that are grounded in the kind of changes already being observed.”

The authors’ paper has been published in the latest issue of Nature Geoscience. Photo courtesy of WWF.