by Mihai Andrei
in Studies, World Problems
Reading Time: 2 mins read
A A
Share on FacebookShare on TwitterSubmit to Reddit

Last week, the United Nations Food and Agriculture Organization suggested that consuming edible insects can not only fight world hunger and help secure the global food supply, but also reduce greenhouse gases, and help save the environment. 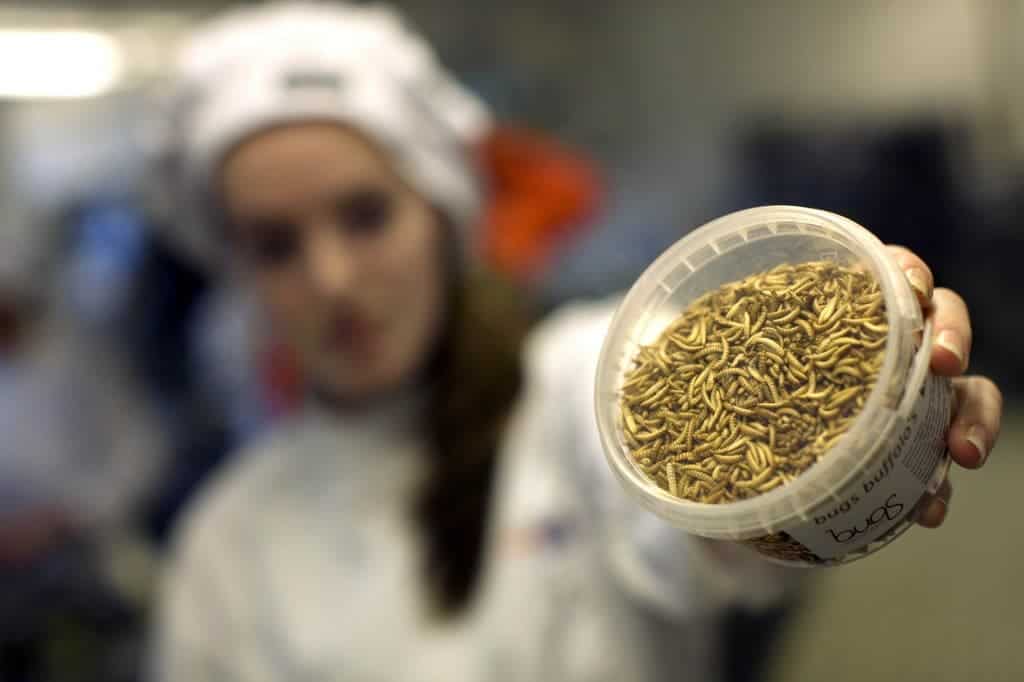 As far fetched and sci-fi that idea may sound, it’s not really as crazy as it sounds. 2 out of the 7 billion people in the world are already in cultures that traditionally consume insects, and this habit has already made its way into high-end dining. But can we really eat bugs on a global scale? According to Purdue University entomologist Tom Turpin, one of the report’s co-authors gives his insight on this matter:

“When we do our demos, we cook mealworms in some kind of cooking oil or even butter, and you just stir fry them and they taste a little bit like popcorn,” Turpin told Business Insider. 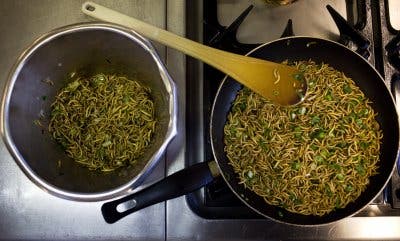 Mealworms are the larval form of the mealworm beetle, Tenebrio molitor, a species of darkling beetle, and they are among the few edible insects allowed in the US and in Europe. They have a lot of healthy fats and are high in Vitamins A and B (including B12), and can be easily raised on fresh oats, whole wheat bran or grain, with sliced potato or carrots and little pieces of apple as a water source. They also taste really good, apparently.

“We gave people mealworm meatballs, which in a blind taste test they preferred over regular meatballs,” van Huis said.

But they are not the only option. Tropical crickets, such as this one in Cambodia, are much larger, and they’re just packed with nutrients. 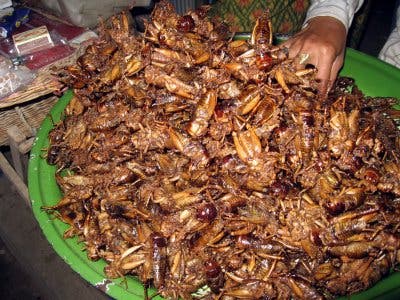 So what do you think? Would you be willing to have a taste of some worm meatballs, or some cricket stu? It’s tasty, and apparently, eco friendly.