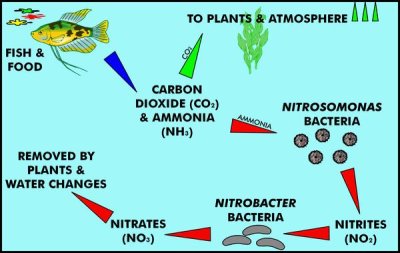 Nature has its own balance which is both sturdy and fragile at the same time; when that balance is broken (by man, what else?) it is very hard and sometimes almost impossible to set things right. That’s why we have to pay attention to the numerous fragile ecosystems because everything is connected.

It goes the same for nutrient cycles that influence the natural world; they are regulated by inputs and outputs. Overlooking this and abusing the “system” may bring short term benefits, but in the long run, we just lose.

Recent research by the Université de Montréal (Canada) and the Cary Institute of Ecosystem Studies (Millbrook, New York) has revealed an important, but seldom accounted for, withdrawal in the global nitrogen cycle: commercial fisheries.

According to this study, the importance of these fisheries has been greatly underestimated. Nitrogen is the most common gas in our atmosphere and it is very important for plants and animals alike. However, having too much of it is not desirable. During the past century, a range of human activities have increased nitrogen inputs to coastal waters.

Fish accumulate nitrogen as biomass and humans eat fish, some of the nitrogen is “given” back to the land. In the 1960s, nitrogen removal in fish harvest was equivalent to 60% of the nitrogen fertilizer delivered to coastal ecosystems throughout the world. Now it has dropped to about 20%. This is very bad news because coastal ecosystems throughout the world are becoming more and more rich in nitrogen resulting in increased phytoplankton blooms, anoxic bottom waters, and coastal dead zones.