by Mihai Andrei
in Biology, Environmental Issues, Studies
A A
Share on FacebookShare on TwitterSubmit to Reddit 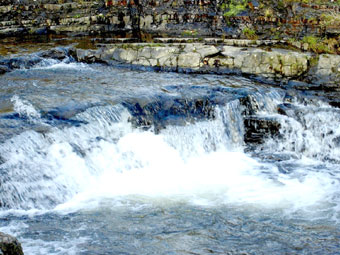 Nature has its own way of protecting itself, and we should have already learned this (the hard way), because so many catastrophes have happened as a result of man’s destructive work. Look at the damage caused by the recent tsunamis; they would have been almost neglectable if we hadn’t destroyed the plankton, which has a very protective action. Also, despite the numerous experiements and studies, we have yet to find a solution to this issue.

The case of cleaning nitrogen caused by human activities seems to be similar in many ways, as scientists haven’t come up with a viable plan of cleaning it yet, except for an easy, natural way: maintaining healthy river systems. That’s right, healthy river streams with vibrant ecosystems play a critical role in removing excess nitrogen caused by human activities, according to a recent major study published in nature.

The study was led by a team of 31 aquatic scientists across the United States and it was the first to explain how much nitrogen that rivers and streams can filter through tiny organisms or release into the atmosphere through a process called denitrification.

“The study clearly points out the importance of maintaining healthy river systems and native riparian areas,” said Stan Gregory, a stream ecologist in the Department of Fisheries and Wildlife at Oregon State University, an a co-author of the study. “It also demonstrates the importance of retaining complex stream channels that give organisms the time to filter out nitrogen instead of releasing it downstream.”

The study was conducted after analyzing 72 streams across the United States and Puerto Rico that spanned a diversity of land types, including urban, rural, agricultural and forests. They found out that if the river was healthy, it cleansed roughly 40 to 60 percent of nitrogen within 500 meters of the source. This happens because small organisms, such as algae, fungi and bacteria that may live on rocks, pieces of wood, leaves or streambeds can absorb the nitrogen.

“Streams are amazingly active places, though we don’t always see the activity,” said Sherri Johnson, a research ecologist with the U.S. Forest Service, and a courtesy professor of fisheries and wildlife at OSU.. “When you have a healthy riparian zone, with lots of native plants and a natural channel, the stream has more of an opportunity to absorb the nitrogen we put into the system instead of sending it downriver.”