Fisheries have no more place to expand on Earth

by Mihai Andrei
in Studies, World Problems
Reading Time: 2 mins read
A A
Share on FacebookShare on TwitterSubmit to Reddit 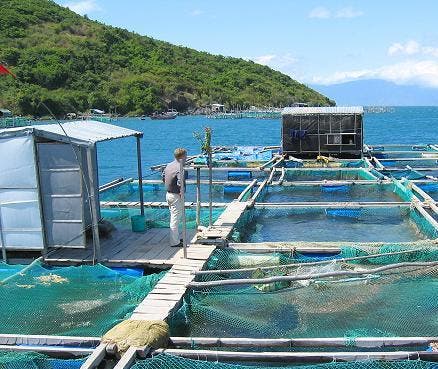 A new study that just makes you say ‘Wow!’ was published in the online journal PLoS ONE by researchers from the University of British Columbia; they concluded that our planet has absolutely no more place to expand fisheries after charting the systematic development of the industry.

The study is the first one of this kind, taking into consideration the spatial development of fisheries throughout the world; they found out that from the 1950s to the 1970s, fisheries expanded at a rate of one million sq. kilometres per year, and this rate more than tripled by the 1980s and 1990s. However, after that period, the numbers slowly dropped.

“The decline of spatial expansion since the mid-1990s is not a reflection of successful conservation efforts but rather an indication that we’ve simply run out of room to expand fisheries,” says Wilf Swartz, a PhD student at UBC Fisheries Centre and lead author of the study.

On the other hand, less than 0.1 percent of marine areas are protected against fishing.

“If people in Japan, Europe, and North America find themselves wondering how the markets are still filled with seafood, it’s in part because spatial expansion and trade makes up for overfishing and ‘fishing down the food chain’ in local waters,” says Swartz. “While many people still view fisheries as a romantic, localized activity pursued by rugged individuals, the reality is that for decades now, numerous fisheries are corporate operations that take a mostly no-fish-left-behind approach to our oceans until there’s nowhere left to go,” says Daniel Pauly, co-author and principal investigator of the Sea Around Us Project at UBC Fisheries Centre.

All in all, the era of great expansion for fisheries has come to an end and things are looking pretty dire, because wild fish sustainability is not possible at the moment.

“The sooner we come to grips with it — similar to how society has recognized the effects of climate change — the sooner we can stop the downward spiral by creating stricter fisheries regulations and more marine reserves.”