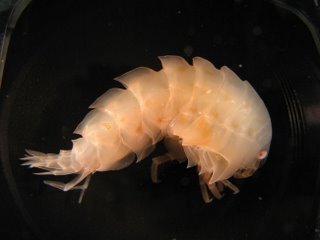 Scientists from the University of Bath have revealed what may very well be the first law of evolution, which has a huge importance. The study was published in Proceedings of the National Academy of Sciences and it shows the fact that evolution drives animals to become increasingly more complex.

They analyzed fossils from the crustacean family tree and drawed conclusions from the different evolutionary branches of the last 550 million years. They were expecting to find animals that evolved to be simpler and more effective, but instead they found that as the evolutionary tree grows, animals tend to be more and more complex than their ancestors.

“If you start with the simplest possible animal body, then there’s only one direction to evolve in – you have to become more complex,” said Dr Matthew Wills from the Department of Biology & Biochemistry at the University of Bath who worked with colleagues Sarah Adamowicz from from the University of Waterloo (Canada) and Andy Purvis from Imperial College London.

But although it may seem strange, 550 mil years may just not be enough time to draw the right conclusions. Dr. Wills adds:

“Sooner or later, however, you reach a level of complexity where it’s possible to go backwards and become simpler again. What’s astonishing is that hardly any crustaceans have taken this backwards route. Instead, almost all branches have evolved in the same direction, becoming more complex in parallel. This is the nearest thing to a pervasive evolutionary rule that’s been found.”

“Of course, there are exceptions within the crustacean family tree, but most of these are parasites, or animals living in remote habitats such as isolated marine caves.