Dolphins remember their friends after 20 years

by Mihai Andrei
in Animals, Studies
Reading Time: 4 mins read
A A
Share on FacebookShare on TwitterSubmit to Reddit

Dolphins are simply stunning creatures – they think, and empathize; they have names, hang out in cliques, they talk like humans, and they almost always try to rescue their wounded friends. They can go without sleep for 15 days, and every day they show us that they are simply ‘non human persons’. Now, another research has shown that they can recognize their friends for at least 20 years! 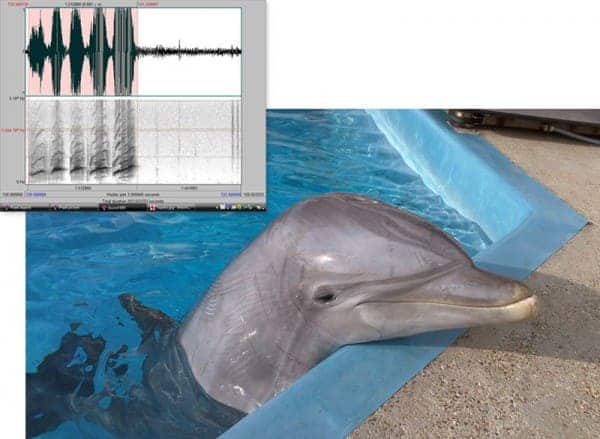 “The ability to remember individuals is thought to be extremely important to the ‘social brain,’ ” says Janet Mann, a marine mammal biologist at Georgetown University in Washington, D.C., who was not involved in the research. Yet, she notes, no one has succeeded in designing a test for this talent in the great apes—our closest kin—let alone in dolphins.

It has been known for some time that dolphins each have signature whistles through which they stay in touch with each other. Each has its own unique whistle, and they learn and can repeat the whistles of other dolphins; a dolphin will reply when someone calls its whistle, just like people respond when their name is called. By whistling, they’re able to find each other again, even after a longer period in which they were separated. But how long can they remember these names?

To answer this question, Jason Bruck, a cognitive ethologist at the University of Chicago in Illinois, spent 5 years collecting 71 whistles from 43 dolphins at six captive facilities; the dolphins were aged from 4 months to 47 years and included males and females. Some of the dophins had been together only for a couple of months, while others for almost 20 years. They were also separated for variable periods of time, up to 20.5 years.

He placed a submerged speaker which played a recording of a whistle that the dolphin had never heard before in the dolphins’ pool at each facility and then waited for the animals to swim by.

“They don’t pay much attention to signature whistles of dolphins they don’t know,” he says. But when he played the whistle of a dolphin they had once lived with, the animals often swam immediately to the speaker. “They will hover around it, whistle at it, seemingly try to get a response,” he says.

He thought this was maybe a sex or age problem, but even when he played sounds of similar age, and similar/opposite sex, there was very little interest.

“They were potentially bored by unfamiliar calls but responded to whistles from the animals they’d known,” even if they had not heard the whistles in decades. “It seemed to be stimulating to them. In Bermuda, a mother dolphin even brought her calf over to listen to the whistles of dolphins she’d known,” Bruck says.

Even if they hadn’t heard the call for 20 years, they were immediately and constantly attracted by the whistle.

The dolphins often responded as if they were picturing their long-ago social pals, Bruck reports online today in the Proceedings of the Royal Society B. For instance, two younger dolphins, Kai and D.J., became watchful and alert when they heard the whistles of Lucky and Hastings, two dominant males they had spent time with at the Brookfield Zoo.

“Their whistles elicit a certain vigor and spirit in males that hear to them,” says Bruck about the responses of Kai and D.J. “It looked as if those whistles put the image of those two dominant males in the heads of Kai and D.J.,” although he adds this has yet to be shown experimentally.

So not only do they recall knowing the caller, but they also remember how it made them feel – which is something much more humane than was thought possible!

“We know they have relationships in the wild that last decades,” adds Richard Connor, an animal behaviorist at the University of Massachusetts, Dartmouth. “Remembering a particular individual—even in the absence of that individual—could help them navigate their current social milieu.”