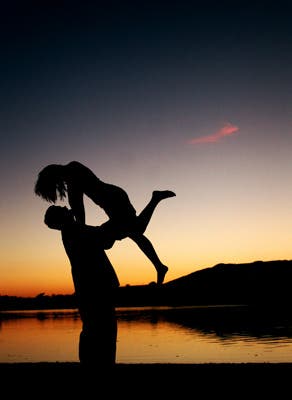 A new study released by Danish researchers at Aarhus University has found a correlation that suggests that couples that are unable to conceive children have a higher mortality rate than those that are.

The study studied more than 21,000 couples having in vitro fertilization treatment between 1994 and 2005. During this period, 15,210 children were born and 1,564 were adopted. Unfortunately, 96 women and 200 men among the participants died.

When correlated with data of fertile couples, the researchers found that the death rate for childless women was four times as high as those who gave birth to their own child, while childless men were twice as likely to meet an early death. Failing to conceive a child often comes as a heavy burden, and the researchers also looked into this. Their findings suggest childless couples were twice as likely to suffer mental illness as those who adopted children.

The researchers, however, stress that their findings are only based on correlations, not cause-effect. As to why this might happen, study co-author Esben Agerbo, an associate professor at Aarhus University in Aarhus, Denmark makes a guess:

“My best guess is health behaviors,” he said. “When people have kids, they tend to live healthier.”

Couples with children tend to chose a healthier life style that can help them take better care of their young, while also serving as an example. Also, having children may boost a parent’s will to live in the event of a deadly accident or illness. Study critics, however, point out that the study at hand handles a secific situation and cannot be applied to the larger population.

“People having IVF tend to be desperate for a child, if they are unsuccessful they may be depressed- it may even be this rather than childlessness that is playing a part,” Ingrid Collins, a consultant psychologist, said in comments to BBC News on the study.

“It is complicated and many factors play a part in death rates- people with deep spiritual belief, being married, having a higher social class – these can all help in living longer,” she added.

Oddly, the findings are on par with a similar a 2011 Stanford University study that found found childless married men had a higher risk of dying from cardiovascular disease after the age of 50, than men who had two or more children.

The findings were reported in the Journal of Epidemiology and Community Health.