Maternal exposure to cannabis has drastic consequences on the child, study finds

by livia rusu
in Health & Medicine, Mind & Brain
Reading Time: 3 mins read
A A
Share on FacebookShare on TwitterSubmit to Reddit

Fetal brain development has been found to be drastically endangered by maternal drug exposure, according to an ongoing study by an international consortium of researchers from Karolinska Institutet. Cannabis consumption during pregnancy can impair the brain development of the fetus, bringing dreadful long-lasting effects after the child is born. The main consequences are affecting the nerve cells from forming connections, limiting the reaction to stimuli and the amount of information that can be processed by the brain and dramatically slowing the entire cognitive processes. 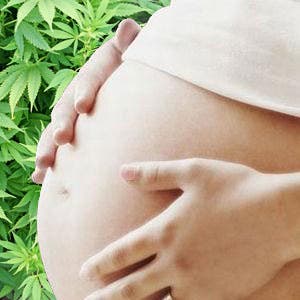 The study published in the EMBO Journal is explained to have been motivated by the increasing number of pregnant women consuming cannabis linked to the abnormal development of the nerve cells of the cerebral cortex. The effects of marijuana have been studied on mice and THC – the active ingredient in cannabis – delta-9-tetrahydrocannabinol was found to affect the part of the brain that is being responsible for forming memories and higher thinking skills of the unborn fetus. The facts show that an increasing number of children suffer from maternal drug consumption during pregnancy, reason for which the study wasn’t only made on mice but on human brain tissue as well in order for the research to be relevant.

Researcher Tibor Harkany is not only an active member of the Karolinska Institutet. Professor at the Medical University in Vienna, Austria, the deficits in the fetus development are irreversible and may bring life-long modifications to the brain function, as mentioned above. Not all the children that have been exposed to THC will immediately suffer of visible dysfunctions, but the risk of delayed neuropsychiatric diseases is a major one nonetheless. As he declares, ‘even if THC only would cause small changes its effect may well be sufficient to sensitize the brain to later stressors or diseases to provoke neuro-psychiatric illnesses in those affected in the future’.

The article, published on 27th January, tests the effects of marijuana on the fetal brain in three main ways: growing brain cells from mice in the presence of THC, injecting pregnant mice with THC and studying the brains of aborted human fetuses whose mothers had been repeatedly consuming cannabis during pregnancy. The specific protein that the scientists found in the nerve cells is called Superior Cervical Ganglion 10 (SCG10), vital for the development of functional brain connections. The levels of this protein were abnormally lower in the case of human and mice fetuses that have been exposed to THC, clearly suggesting that the exposure to cannabis is drastically affecting the developing brain.

The problem remains controversial nonetheless, since there are studies promoting both sides of the problem spectrum, especially in the countries where cannabis consumption is legalized for the masses.