Why the brain gets slower as we get older

by Tibi Puiu
in Health & Medicine, Mind & Brain, Neurology, Studies
Reading Time: 3 mins read
A A
Share on FacebookShare on TwitterSubmit to Reddit

From a certain age onward, humans seem to process information at a slower pace – learning new things becomes more difficult, remembering where you put the car keys seems to give headaches, and it gets ever worse as we age even more. Neuroscientists at the University of Bristol studying dysfunctional neural communication in Alzheimer patients demonstrated that the number one likely culprit to blame are the sodium channels, which are integral membrane proteins that have a direct influence on the degree of neural excitation. Although, the research was targeted on Alzheimer patients, the scientists found that the same degradation of Na+ channels in the brains of older, otherwise healthy individuals causes a loss of cognitive performance .

To encode and transmit information, the brain uses electrical signals. The researchers, lead by Professor Andy Randall and Dr Jon Brown from the University’s School of Physiology and Pharmacology, studied the electrical activity of the brain by recording the electrical signal in the hippocampus‘ cells, which plays a crucial role in the consolidation of short-term memory to long-term memory and spatial navigation. What the researchers were basically looking for was to determine the degree of neural excitation, whose main characteristic is the action potential.

“Much of our work is about understanding dysfunctional electrical signalling in the diseased brain, in particular Alzheimer’s disease. We began to question, however, why even the healthy brain can slow down once you reach my age. Previous investigations elsewhere have described age-related changes in processes that are triggered by action potentials, but our findings are significant because they show that generating the action potential in the first place is harder work in aged brain cells”, said Professor Randall. 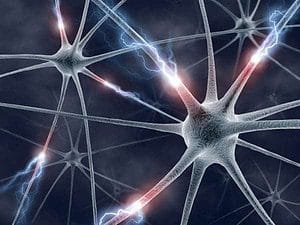 An action potential is a brief, large electrical signal which instantly branches out in the rest of the cell, until it reaches the edge and activates the synapses made with the myriad of neighboring neurons. As we age, these action potentials are harder to trigger, and this relative reluctance arises from changes to the activation properties of membrane proteins called sodium channels, which mediate the rapid upstroke of the action potential by allowing a flow of sodium ions into neurons.

With this in mind, scientists might be able to develop treatments or drugs which could open more sodium channels, and thus improve cognitive abilities.

“Also by identifying sodium channels as the likely culprit for this reluctance to produce action potentials, our work even points to ways in which we might be able modify age-related changes to neuronal excitability, and by inference cognitive ability.”