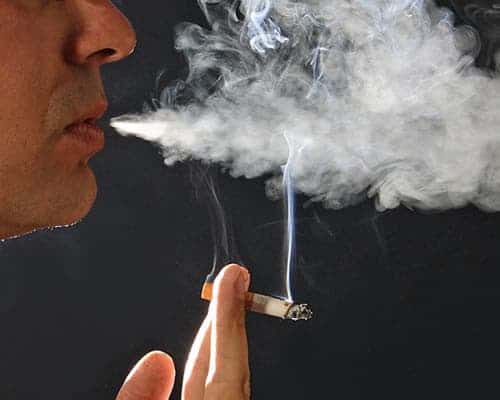 According to two new studies, after smoking is banned indoors the number of people suffering from heart attacks considerably drops within months. Some of the researchers believe this data offer substantial evidence to the claim that second-hand smoke does in fact affect  people’s health. Besides the obvious health benefit, the researchers argue that preventing second-hand smoke also cuts back on heath care costs dramatically.

“We should now accept this as fact,” says Richard Hurt, a professor of medicine at the Mayo Clinic who led one of the studies and is on a mission to debunk the tobacco industry’s  arguments that secondhand smoke isn’t a major risk factor for heart disease. Hurt believes his study offers enough evidence to disprove this claim once and for all. During his research, the only risk factor that changed was second-hand smoke. Otherwise, cholesterol and blood pressure stayed the same, while obesity rates actually increased.

“People with known coronary disease should have no secondhand smoke exposure,” Hurt says. “It is too dangerous.”

The study looked at medical diagnoses in Olmsted County, Minn., site of an ongoing study funded by the National Institutes of Health. Residents there were monitored by Hurt and colleagues, for 18 months after a strict  ban on workplace smoking went into effect in 2007. At the end of this period the number of heart attacks there dropped by one-third and sudden deaths from heart attacks decreased by 17 percent, although the researchers themselves admit there weren’t enough deaths overall to make that a reliable number.

In another study, researchers at the University of California, San Francisco looked at 45 studies covering 33 smoke-free laws in the United States and other countries. According to their aggregate findings,  indoor smoking bans were associated with a 15 percent decrease in hospitalization for heart attacks; a 16 percent decrease for stroke; and a 24 percent decrease in hospitalizations for lung diseases like asthma and chronic obstructive pulmonary disease. This translates in a massive financial saving on health care.

“It’s just a gigantic effect,” says Stanton Glantz, director of the Center for Tobacco Control Research and Education at UCSF, and a leader on the study. “There’s nothing else you can do that’s going to have that big an effect that fast.”

ZME Readers, are you up for indoor smoking bans or do you believe this to consist a violation of one’s freedom rights? Discuss in the comment section below.