by Tibi Puiu
in Health & Medicine, Nutrition, Research
Reading Time: 3 mins read
A A
Share on FacebookShare on TwitterSubmit to Reddit

Drinking until the early hours of dawn may be exhilarating for some, however the next day everything seems to tumble over as the mind is assaulted by a barrage of hangover attacks. There are a number of popular home-brewed remedies against hangover: eating eggs, sipping a bit of castor oil, Vitamin B effervescent pills, tomato sauce, work (or anything that keeps you distracted from the pain) or even more alcohol. Anthony Burgess, famous writer known as the author of A Clockwork Orange,  liked to beat his hangovers to the finish line with a homemade cocktail that rarely left him feeling weary – a concoction known as Hangman’s Blood. “Into a pint glass, doubles of the following are poured: gin, whisky, rum, port and brandy. A small bottle of stout is added and the whole topped up with Champagne … It tastes very smooth, induces a somewhat metaphysical elation, and rarely leaves a hangover,” he instructs. 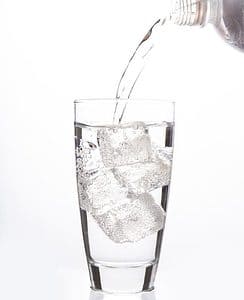 Scientists however warn that drinking more alcohol, even beer, doesn’t help with hangovers. More alcoholic drinks will only boost the existing toxicity of the alcohol already in one’s body, and may lead to further drinking, according to previous research (National Institute on Alcohol Abuse and Alcoholism). With a hangover, you’re most likely suffering from dehydration and a deficiency of important minerals like magnesium and potassium. Symptoms of dehydration include headache, cottonmouth, lightheadedness, and thirst.  Drinking water is an obvious first step anyone should take following a night out drinking. Often than not that’s not enough, so what would be effective against hangovers?

A recent research performed by Chinese researchers found that what you drink following alcohol consumption can have a significant effect on one’s hangover symptoms – that is to say, you can alleviate or worsen it. The researchers made tests on several beverages, including teas and various carbonated drinks. According to their findings the carbonated drink Sprite, as well as soda water, helped cure hangovers the most.

It’s important to understand what causes hangovers or better said what are the mechanisms that lead to a hangover. A popular assumption is that the adverse effect of consuming alcohol is caused by ethanol. In reality, ethanol’s first metabolite –  acetaldehyde – is what causes the dreaded feeling. The compound is metabolized by the enzyme alcohol dehydrogenase (ADH) and then into acetate by aldehyde dehydrogenase (ALDH). Acetate is actually thought to be responsible for some of the positive health benefits of alcohol consumption, so the key to alleviating post-alcohol consumption hangover is to control acetaldehyde through the dehydrogenase enzyme.

University in Guangzhou researchers tried various drinks which based on their chemical content they hypothesized these might interact with dehydrogenase in some way – either promoting or inhibiting its use. Some of the drinks tested, including a herbal infusion known as Huo ma ren, were found to increase the activity of ADH, accelerating the metabolization of ethanol into the toxic acetaldehyde. Therefore consuming these drinks will actually increase your hangover.

Other drinks, however,  markedly increased ALDH activity, thus promoting the rapid break-down of acetaldehyde and could minimise the harmful effects of drinking alcohol. These drinks include Xue bi and Hui yi su da shui or the carbonated drinks known in English as Sprite and soda water, respectively. According to the paper, soda water consumption reduced alcohol dehydrogenase (ADH) activity by 5.7% and also increased acetaldehyde dehydrogenase activity by 49.3%. This minimises the exposure to acetaldehyde.