by Tibi Puiu
in Psychology, Research, Studies
Reading Time: 3 mins read
A A
Share on FacebookShare on TwitterSubmit to Reddit 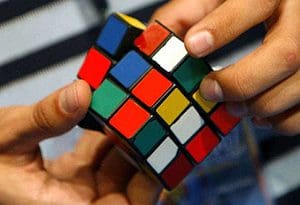 Currently, only about 30% percent of the total scientific workforce is comprised of female scientists. Thousands of years of cultural discrepancies might be to blame for this, like stereotyping, however in societies where math gender gaps disappears, the gender gap remains in higher education.

In Sweden or Norway, the math gender gap has been bridged, as persons of both sexes manage to score similarly in tests, however even there men seem to show a better spatial reasoning ability. Are men and women hot-wired differently from birth with these terms in mind or are these discrepancies as a result of social engineering? A team of scientists capitalized on a set of perfect natural experiments as part of a recent study published in PNAS looking to answer these questions.

Remarkably, they managed to find two settlements in Northeast India very similar in all the right ways to make the study relevant, but different enough to make a point. Both are very close to one another, both employ an agrarian lifestyle, which renders the same diet and share a very similar DNA , culturally-wise however they’re at opposite poles.

The inhabitants of one of the settlements, the Karbi, are entirely patrilineal: women have no proprietary rights to land and the oldest son in the family inherits everything when the parents die. On the other side of the fence, the Khasi, are matrilineal: men have no rights to own land, and the youngest daughter in the family inherits everything. The researchers couldn’t ask for possibly more from this naturally perfect case study environment.

To test how the two societies scored at spacial reasoning, the scientists introduced the task of solving a simple three-dimensional puzzle that involved four blocks, with portions of a picture on a single face. The subjects would have to identify the correct side of the block, rotate it to the top, and then arrange the pieces to re-form the picture. Whoever could solve the simple task in under 30 seconds was rewarded with the equivalent of a quarter day’s salary – early 1,300 villagers agreed to participate.

In the patrilinial settlement, the Karbi men took 35% less time to perform the task than Karbi women. A very significant different, which almost vanished in the Khasi tribe where no such differences could be encountered in the scores of the two sexes.

Scientists explain that these differences, they claim, are due to cultural differences. Patrilinial men are more likely to receive education, a factor which when taken into account researchers found it accounts for a third of the performance difference. Male ownership of the home also had a large effect; the gender gap is only a third the size in homes that are not owned solely by males.

Other factors like gender competitiveness or inheritance didn’t seem to influence the results too much. As a conclusion to their study, the authors outline that cultural differences might account to spacial reasoning differences, however they disclaim the fact that their work is correlative and should be taken with a grain of salt. The Karbi/Khasi case study only offers a small snapshot of the human diversity spectrum.