by Mihai Andrei
in Feature Post, Physics, Research
A A 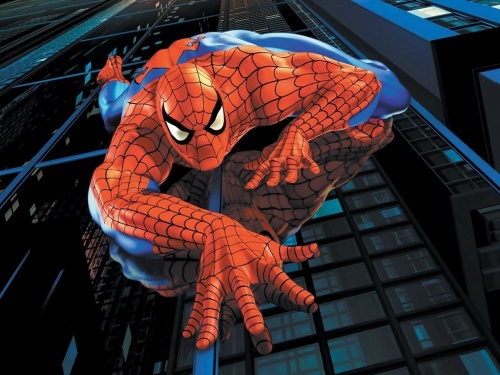 If you ever wanted to stroll “spidy” your way around the big city, your dream is one step closer to becoming reality, as physicists have found the formula for what they call a “spider suit“. To do this, they applied what they learned from the dazzling gecko and it’s ability to climb walls as well as using the properties of velcro.

Professor Nicola Pugna published a paper in the Journal of Physics: Condensed Matter in which he has described how adhesive forces could be used in order to create a suit that has the ability to support the weight of a human body without losing the above mentioned properties.

The suit would be covered with molecular sized hooks, which will allow whoever wears it to climb and detach easily from surfaces. These hooks will work in pair with the van der Waals forces which allow geckos to climb the way they do and hang from ceilings.

“There are many interesting applications for our theory, from space exploration and defence to designing gloves and shoes for window cleaners of big skyscrapers” said Pugno.

While shoes for window cleaners do seem a bit impractical, it’s obvious that such a development could be put to great use in quite a number of fields. It becomes even more attractive, as just as the spiders’ and geckos’ feet, these hooks are water resistant and self cleaning, which means they will not deteriorate and bad weather and dirt won’t do any harm.

This means of course that they could be used in the harshest of environments, including underwater and in outer space. But there are numerous problems that have to be solved, because the human muscles are very different from those of the gecko (really ??), and the suit has to be designed in such a way that it doesn’t cause excessive fatigue. Pugno is aware of all these things that have to be solved, but he is still very confident in this suit. He concludes

“However now that we are this step closer, it may not be long before we see people climbing up the Empire State Building with nothing but sticky shoes and gloves to support them” added Pugno.