by Mihai Andrei
in Biology, Health & Medicine, Research
Reading Time: 2 mins read
A A
Share on FacebookShare on TwitterSubmit to Reddit 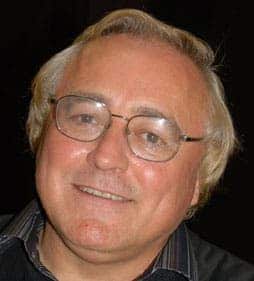 Nobody wants to grow old, but at least at this point in our evolution, it’s unavoidable. Growing old however, is relative; it depends on your lifestyle, genes, etc. Recently, researchers from McMaster University claimed they have figured out a cocktail of ingredients that has a significant effect in delaying the aging process. Their findings were published in the latest issue of Experimental Biology and Medicine.

“As we all eventually learn, aging diminishes our mind, fades our perception of the world and compromises our physical capacity,” says David Rollo, associate professor of biology at McMaster. “Declining physical activity – think of grandparents versus toddlers – is one of the most reliable expressions of ageing and is also a good indicator of obesity and general mortality risk.”

The study found a formula consisting of complex dietary supplements that had absolutely remarkable effects in mice, increasing the activity of mitochondria cells, the cellular power plants, and making it “cleaner”. It’s “emissions” from these power plants that cause the aging process, and finding a way to control these emissions is one of the key elements in the ageing process.

“For aging humans maintaining zestful living into later years may provide greater social and economic benefits than simply extending years of likely decrepitude,” Rollo says. “This study obtained a truly remarkable extension of physical function in old mice, far greater than the respectable extension of longevity that we previous documented. This holds great promise for extending the quality of life or ‘health span’ of humans.”