by Mihai Andrei
in Environmental Issues, Research
Reading Time: 2 mins read
A A
Share on FacebookShare on TwitterSubmit to Reddit 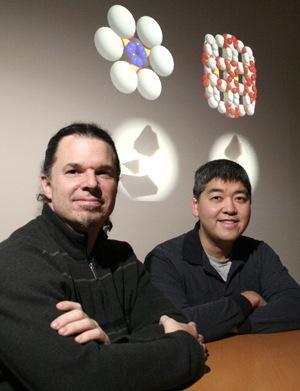 There are already numerous ways of storing gas but this is in fact a new concept, very different from those existing today and it’s not an improvement, but rather a novel method. A team of University of Calgary researchers developed this process of catching gas from the environment and holding it indefinitely in molecular-sized which brings numerous benefits for capturing, storing and transporting gases more safely and efficiently.

“We have come up with a material that mechanically traps gas at high densities without having to use high pressures, which require special storage tanks and generate safety concerns.”, said chemistry professor George Shimizu.

This process is highly controlable and they’re not breaking any strong chemical bonds, so the material is completely recyclable and can be used indefinitely. Their work was published in a new article of Nature-Materials.

The transition process is controlled simply by heating the material to close the nanovalves, then adding water to the substance to re-open them and release the trapped gas and it happens very quickly, which brings even more benefits. The science world has its eyes focused on this very interesting projects which could aid the world greatly.

The team has made it very clear that they intend to continue developing the nanovalve concept by trying to create similar structures using lighter chemicals such as sodium and lithium and structures that are capable of capturing the lightest and smallest of all gases — hydrogen and helium.