by Mihai Andrei
in Great Pics, Nanotechnology, Research
Reading Time: 2 mins read
A A
Share on FacebookShare on TwitterSubmit to Reddit 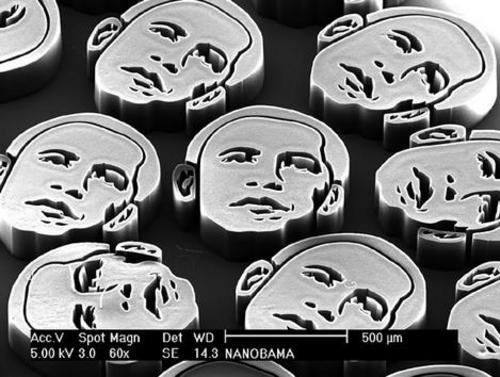 Meet the world’s tiniest portraits of an elected president ever; meet the nanobamas. Each ‘Obama’ is made up of about 150 million tiny carbon nanotubes, which is about how many Americans voted in this year’s presidential election. 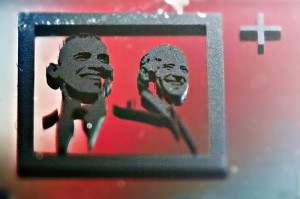 An assistant professor professor in the Department of Mechanical Engineering at the University of Michigan, John Hart, along with his colleagues created these 3D portraits to create some awareness in some topics which he thinks are underapreciated by the mainstream, such as nanotechnology.

“Developments like this are an excellent way to bring the concepts of nanotechnology to a broader audience,” said Hart. “Also, we thought it would be fun.”

According to them, it took only a Friday evening to finish them, less than it took to create the website for them. 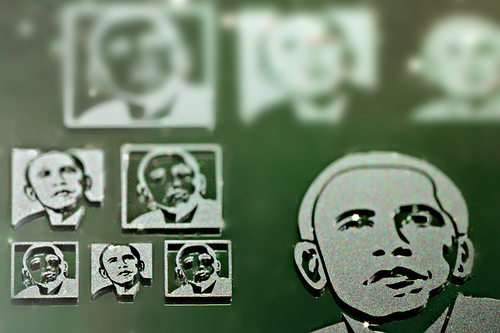 To create them, they used Shepard Fairey’s famous red, white and blue Obama poster, converted into a line drawing, shrunk it, then printed it on a glass plate to create a mask (they used a laser for this). After that, they shined ultraviolet light through the glass mask the resulted and printed it on a silicon waffer to create the pattern. After that, they just used a high temperature chemical reaction to grow the nanotubes.